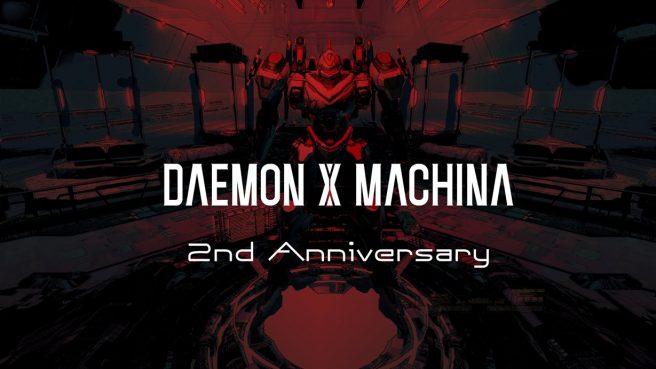 Daemon X Machina will have some sort of sequel in the future, producer Kenichiro Tsukuda has teased.

Tsukuda made a few vague comments about the future of the IP during a second anniversary stream earlier today. He noted that “we will make some kind of sequel”, though “it’s going to take time.”

Below is Nintendo Everything’s full translation of Tsukuda’s comments:

“This isn’t really an announcement, but I’d like to make a strong assertion that we will make some kind of sequel. We need time to test things out, but we’re motivated. We always want to increase our player-base as games themselves and the times change, so we want to make something fitting. That’s where we’re at, but as I said, it’s going to take time.”

Unfortunately, Tsukuda didn’t elaborate any further. However, any new Daemon X Machina sequel has a good chance of ending up on Switch.

Daemon X Machina was one of the big announcements for Switch at E3 2018. It would eventually release for the system on September 13, 2019 with Nintendo handling publishing duties outside of Japan. Although the game came to PC a few months later, Switch is still the only console where Daemon X Machina can be played today. Last December, cross-save support was added between the two platforms.

Big thanks to Oni Dino and centurionnugget for contributing to this post.