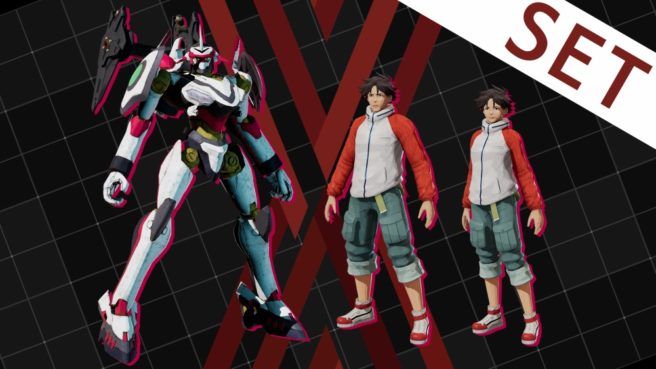 It was previously announced that Daemon X Machina would be receiving some collaboration DLC. First up on the docket, as revealed by Marvelous today, is a partnership with the anime Eureka Seven. Players can change their appearance to match that of Renton Thurston as well as use Nirvash as an Arsenal.

It appears that this DLC (free, by the way) is primarily appearance-based. There are no real changes regarding stats.

The Eureka Seven collaboration DLC for Daemon X Machina launches today in Japan. It should be offered in other parts of the world very soon as well.