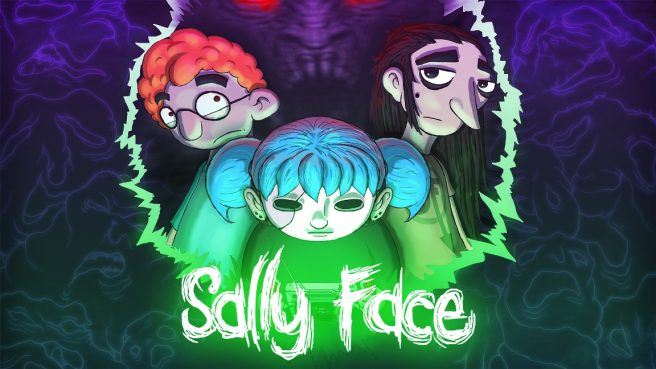 The dark adventure game Sally Face earned high praise when it first debuted on Steam back in 2016. Portable Moose will soon be releasing the title on Switch, an eShop listing reveals.

Here’s a bunch of information about the game as well as a trailer:

Delve into an unsettling adventure following a boy with a prosthetic face, as he uses his handheld video game system to speak with the dead and learn their stories. After a string of mysterious murders, Sal and his three friends discover something truly sinister casting shadows over their small town.

FEATURES
* Intriguing narrative will linger in your thoughts
* Speak with the ghosts, using the Gear Boy
* Handcrafted by a solo dev: including art, design and music
* Inspired by 1990’s cartoons and personal nightmares
* Bizarre characters, ponies, headbanging and more