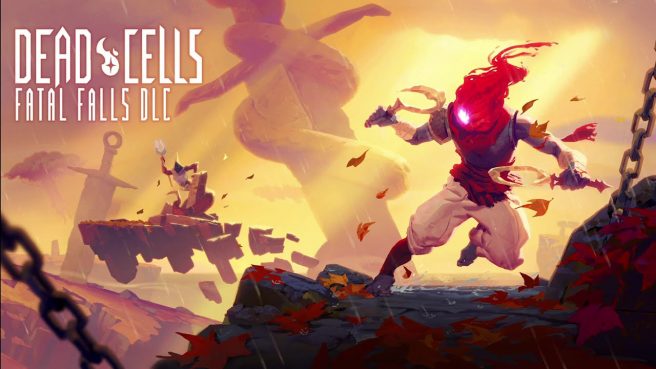 Motion Twin and Evil Empire today announced that the upcoming Fatal Falls DLC will be arriving on January 26. Pricing is set at $4.99 / €4.99.

Fatal Falls, the second paid DLC for Dead Cells, features a bunch of content including two new mid-game biomes, a new boss, and a slew of new weapons and items.

Here are some additional details and a trailer:

The two new biomes are parallels to the ‘Stilt Village’, ‘Clock Tower’ and ‘Time Keeper’ areas and are intended as alternate paths to spice up your mid-game runs. Along the new paths fans can expect to encounter a homicidal pet sword (why not?) and new slightly psychotic enemies like the Myopic Crow, the Clumsy Swordsman, the Compulsive Gravedigger and a lot more (eight total) culminating with the final boss, The Scarecrow (might want to keep an eye on those exploding mushrooms when you encounter him).

And what’s an update without new weapons? Fatal Falls’ new maniacal sword (did we mention it flies?) is designed to bring Brutality players a real counterpart to the Great Owl and Mushroom Boi. Scythes, undoubtedly one of the more iconic weapons in existence, have also been added – they are attracted to enemies and will follow you around a bit. Seven new weapons in total have arrived: Lightning Rods, Ferryman’s Lantern, Scarecrow’s Sickles, Iron Staff, Snake Fangs, Serenade and Cocoon. Each one will help you in different areas of the two new biomes. And because we want you to feel good AND look good, a total of 10 new outfits have also been added to the update.

To celebrate the release of Dead Cells’ Fatal Falls DLC, a big sale will be going into effect around January 26. Fans can take advantage of the following: