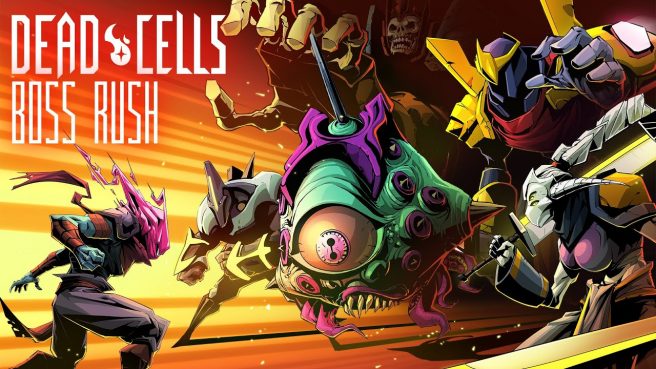 In it, players will fight through four stages of bosses and their enhanced versions. Take them down to unlock a new weapon, skill, mutation, and skins.

The bosses are randomly selected from the following tiers:

Tier 1 – Concierge, Conjunctivius, Mama Tick
Tier 2 – Time Keeper, The Giant, The Scarecrow
Tier 3 – Hand of the King, The Servants (just the final fight, not the entire tower!), The Queen

The stages with 3 bosses back-to-back will pit you against one Tier 1 boss, then one Tier 2 and finally, you guessed it, one Tier 3. Simple!

The stages with 5 bosses follow a similar path, but here you’ll be fighting two Tier 1 bosses, then two Tier 2s, then one Tier 3. Not quite so simple…
Added new Bosses Modifiers

In the door 2 and 4 of the Boss Rush, you will fight Bosses with Modifiers, which means we’ve given them even more ways to kick your ass. Think extra limbs, healing powers, buddies to help them kill you. All the good stuff!

And here’s a trailer showing the Boss Rush update for Dead Cells:

The Dead Cells Boss Rush update will be going live for Switch in late October.