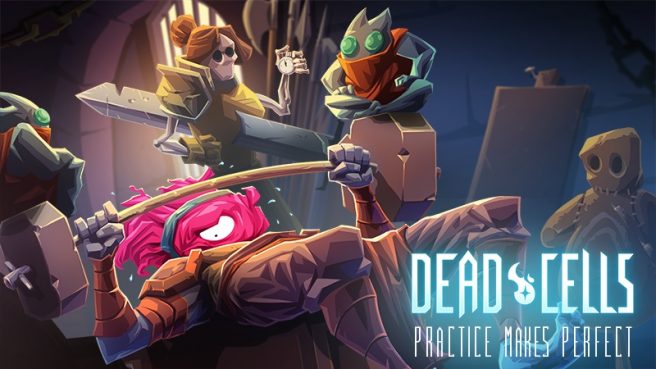 Motion Twin and Evil Empire are continuing their support for Dead Cells today with the game’s 25th update, Practice Makes Perfect. Switch owners can access the patch for free now.

Here’s everything to know about today’s update:

Update 25 aims to ease the passage of new and occasional players without altering the overall difficulty of the game for its hardcore fans. The new features in update 25 are entirely optional and designed to allow players to improve their skills and explore all of the island with less rage quitting. Maybe.

In the new training room, players are able to hone their skills against all mobs and bosses you’ve encountered on your travels. There’s presets that reflect the bestiary of each biome to make your life easier, and you can also train against all of the bosses in their own environments. So kind.

The new Aspects feature introduces incredibly strong and totally optional powers to make your run easier, but its use comes at a price: you can’t unlock a new boss cell or flawless boss achievements while an Aspect is equipped, so you still need to rise to the challenge if you want to get to the next level.

Players are also now able to luxuriate with a new world map which allows players the ability to see the various paths they can take through the island. Such luxury! But the catch is that only the ones that you’ve seen will be displayed. You can find it in the map screen of your current biome.

Lastly, update 25 means that fans can stop posting questions about how to exit the run after killing the Hand of the King, as a reminder will now pop up to …remind… you to use the Homoculus rune to exit the run. Rejoice, for it is so! Also, total damage change is now displayed when picking stats from a scroll so you can feel free to put that calculator away forever. And finally, fans looking for tidbits of lore that may or may not hint at something coming in the future can find them in High Peak Castle and Undying Shores.