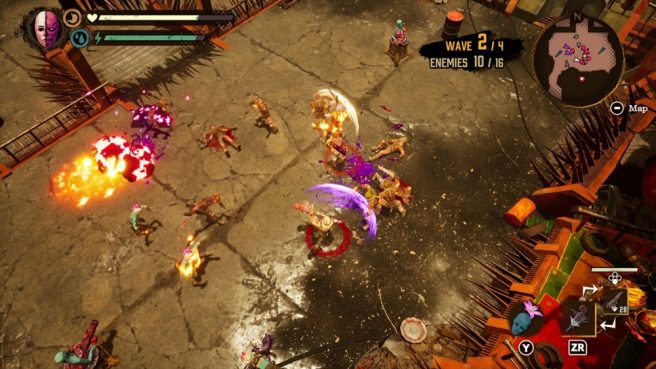 XSEED and Marvelous have readied a new trailer for Deadcraft. The Switch title, a zombie survive-action game, arrived just this week on the eShop.

More information about Deadcraft is available in the following overview:

Welcome to DEADCRAFT, a new twist on the zombie survival-action genre!

In a world ravaged by a deadly virus, half-zombie Reid must survive not only by taking an axe, weedwhacker— anything he can get his hands on—to hordes of the undead, but by growing some zombie followers of his own.

Choose your allies and enemies wisely as you try to make it through the apocalypse alive!

Undead Action
Use Reid’s half-zombie side to unleash devastating powers in battle. Whether your targets are human or undead, crush all who stand in your way!

Zombie Crafting
Collect and plant the corpses of your enemies to grow your very own zombie workers, then scavenge for materials to create all manner of weapons, tools—even some post-apocalyptic cuisine. Don’t stop until you’ve built an unstoppable undead army!

Survival at Any Cost
You won’t survive a day in the wasteland without food and water—earn your living by helping others, or simply take what you want by force.

Get a look at the new launch trailer for Deadcraft below.

Deadcraft can be purchased digitally for Switch via the eShop.