Detective Pikachu’s Mr. Mime scene was almost cut, had to get approval from The Pokemon Company president 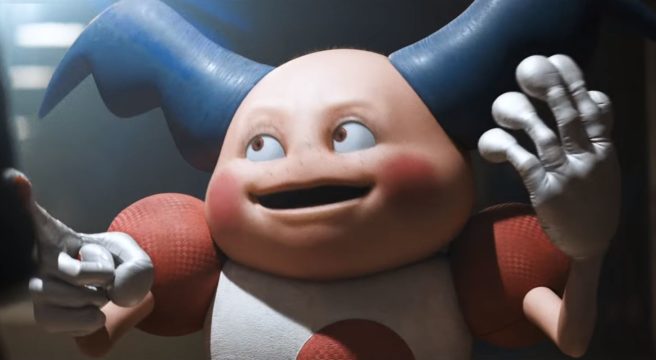 Featuring Mr. Mime in Pokemon: Detective Pikachu was no easy task. It involved the use of a real mime, approval from the president of The Pokemon Company, and more over a two-year span.

Speaking about why Mr. Mime was a desirable character for the movie in the first place, director Rob Letterman explained to IGN:

“I thought it would be really funny if we played that classic film noir detective interrogation scene (Seven starring Brad Pitt), but with Mr. Mime. In their search for Tim’s missing father, [they learn his father] had an informant at the docks. So they go down to the docks, which is kind of creepy part of town, and they bump into this Mr. Mime character and it recognizes Pikachu, then they realize wait a minute, Pikachu is his father’s old partner. He recognizes him. They put two and two together and realize the father’s informant was actually a Pokemon. So they run down the Mime and do like a classic police interrogation scene ripped out of every detective movie I could think of, but flipped on its head. Because the uncooperative informant that they’re interviewing happens to be a mime.”

Trigby, a real life mime from New Zealand, was brought in to help with the Mr. Mime scene. Gags were created, Letterman scripted the scene, showed it to Ryan Reynolds and Justice Smith, and rehearsed it with Trigby. Smith acted out the scene alone since Pikachu and Mr. Mime being are created with special effects.

Letterman revealed that he “wanted to cut” the scene with Mr. Mime at one point since he felt there was no way it would work, and was too crazy of an idea. But after others saw it, he had the confidence to move forward since people were laughing and cheering. Believe it or not, it “became one of the standout scenes.”

According to Letterman, he had to receive permission from The Pokemon Company for Mr. Mime. In fact, he even spoke with president Tsunekazu Ishihara, who eventually signed off.

“The most uncomfortable question was me asking permission to put [Mr. Mime] into the movie, because I went to The Pokemon Company. I was like I have this idea for this scene, and it requires realizing Mr. Mime photoreal into the live-action world. They thought about it, and [based on all the reasons listed above], they literally looked at me, like yeah you don’t wanna do that. That’s not gonna work. That’s gonna be too weird. That’s gonna be creepy. For all those reasons, it can’t work. It came to the point where I literally had to ask the President of the whole Pokemon Company, Ishihara-san. I gave him the whole pitch, and he started laughing, and he’s like okay, give it a shot.”

Letterman said that working with Mr. Mime, in comparison to Pokemon like Pikachu, wasn’t an easy task. That’s because the team had to think about how it could “get some sort of sense of photo real texturing in without breaking the Mr. Mime kind of cartoon nature of him”.

“That led to a lot of discussions of he’s a clown, he’s a mime clown, what would clowns wear? They would be dressed up in these clown suits. Well those spheres for shoulders, what if they were rubber balls, like the kind you play kickball with? The hands are made of those balloons that kind of have that metallic balloon plastic. Everything started to build. The face became this weird thing. It was such a fine line from disturbing to funny. So we were dancing back and forth with adding a little bit of hair to break it up so it didn’t have a plastic feel, but not too much skin texture so it didn’t feel like a human being with a deformed face. It went on forever until we finally landed on what you could describe as funny and disturbing.”