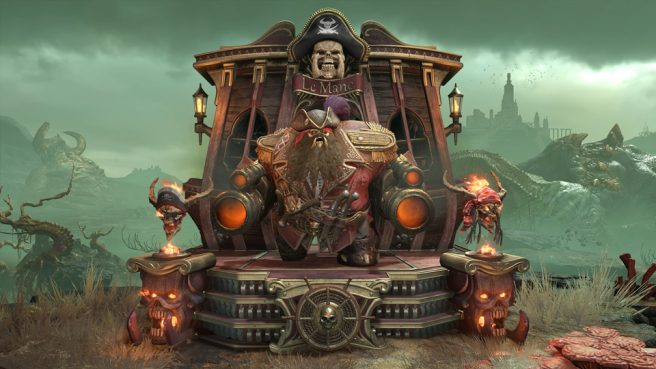 A new 1.9 update went live for the Switch version of Doom Eternal this week. Aside from bug fixes, it adds a new in-game event.

Below are the full patch notes for the Doom Eternal 1.9 update:

HARK! Behold Le Manc, the evil bearded sea captain Mancubus Master Collection! But this fearsome foe is only a taste of the sunken treasure due to be bubbling back up to the surface! Stay tuned to the Slayers Club for more spooky details on this upcoming Event!

Other Changes All Platforms

All Doom Eternal players on Switch can download the new 1.9 update now.