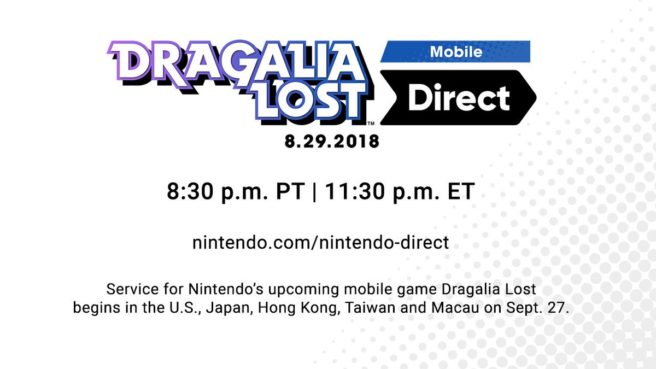 Nintendo has just provided a notable update on its mobile game Draglia Lost. The game will launch in the United States, Japan, Hong Kong, Taiwan and Macau on September 27.

Additionally, a Nintendo Direct will be held tomorrow. Times are as follows:

You can watch the broadcast as it happens below.