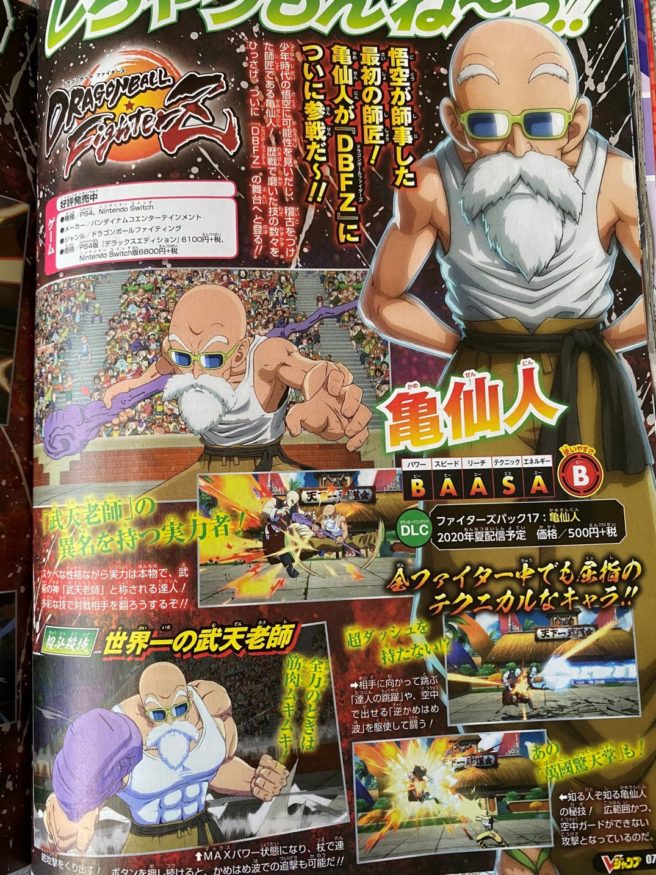 Master Roshi was revealed for Dragon Ball FighterZ this past weekend, and new details about the character have emerged from the latest issue of V Jump. Aside from giving us a closer look at the character, we have information about his moveset.

– Power: B
– Speed: A
– Reach: A
– Technique: S
– Energy: A
– His special attack “World’s Strongest Old Heavenly Martial Arts Master” makes him go into a Max Power status
– While in this mode he can pull off combos using his cane, which can be followed with a Kamehameha
– “Master’s Jump” makes him fly towards the opponent
– Can also do a “Reverse Kamehameha” in mid-air to dash into them
– “Thunder Shock Surprise” can’t be blocked in the air
– Super Attack “Evil Containment Wave” is a sealing technique created by Master Mutaito, Roshi’s master
– It deals massive damage to opponents who get caught and sucked into the container
– Meteor Attack is Master Roshi-original move, the Kamehameha
– This isn’t just any Kamehameha, as it is a max-powered blast that packs enough energy to blow anyone away
– Master Roshi uses his Yoiko Minmin Ken (Sleepy Boy Technique” that you use against opponents when they’re guarding 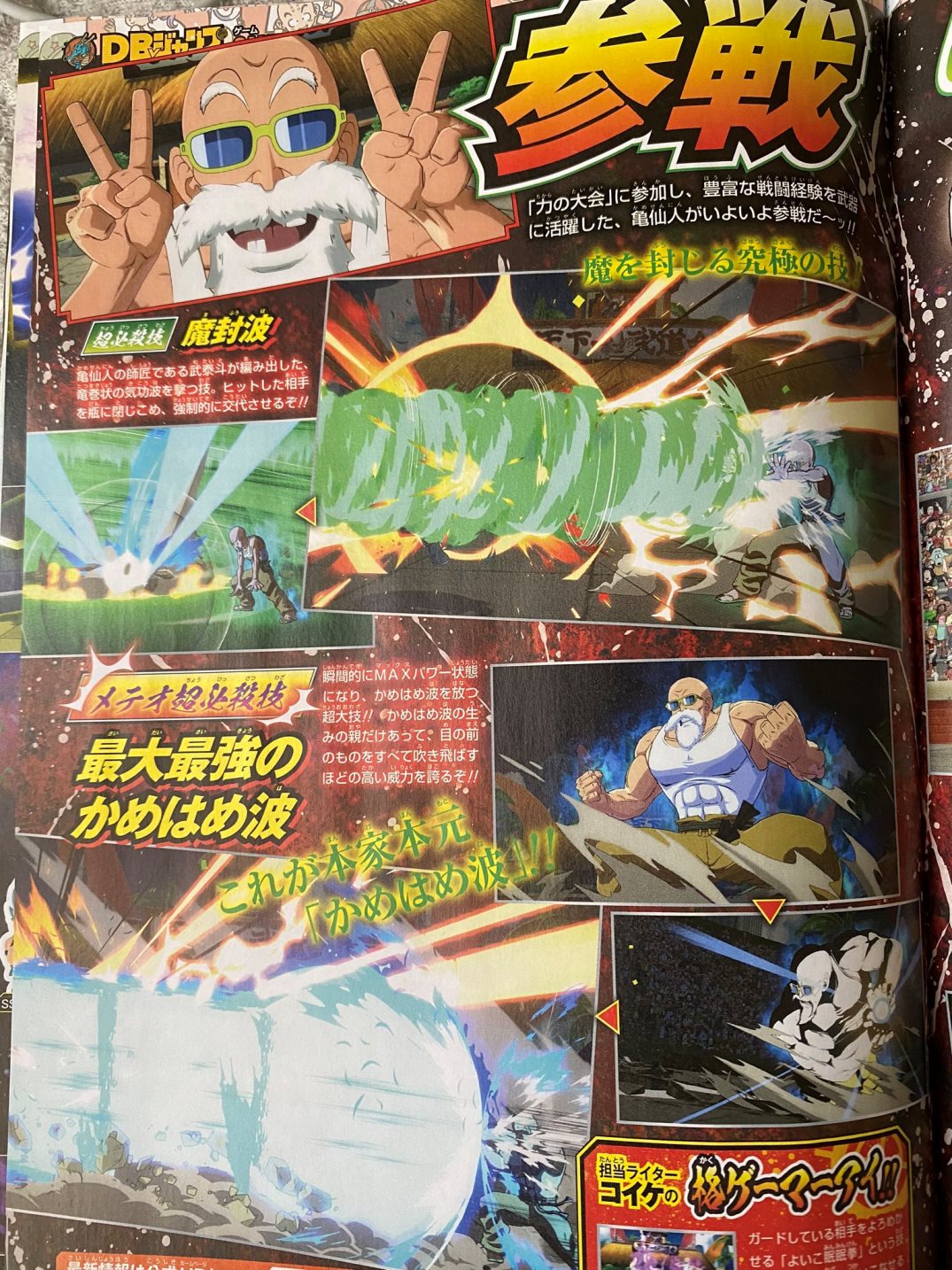