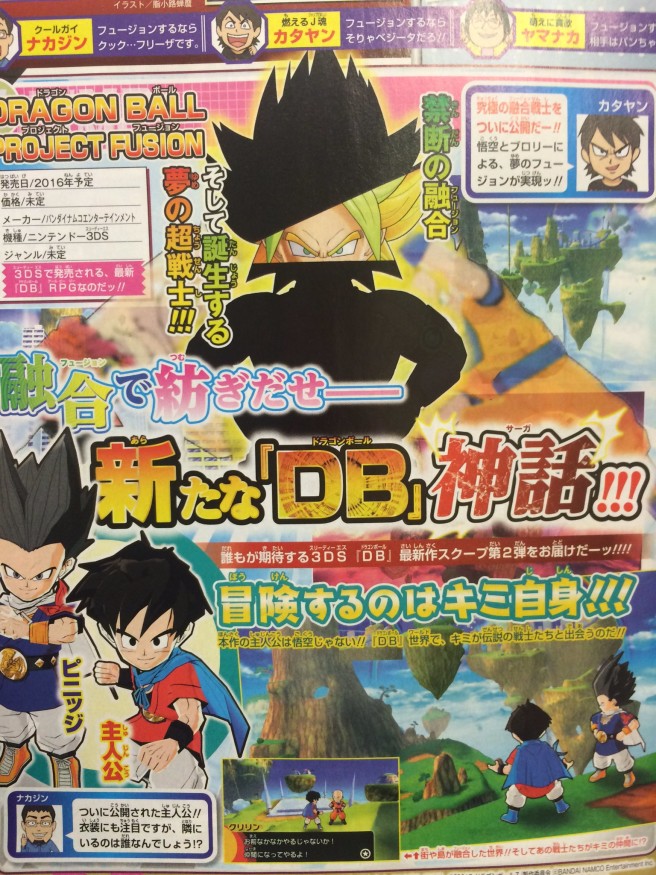 A few new details about Dragon Ball: Project Fusion have emerged from this week’s issue of Jump. Primarily, we have news about the characters.

Dragon Ball: Project Fusion features your own main character. However, it’s unknown if you can really modify him similar to the series’ last release, Dragon Ball Xenoverse. Jump mentions that you’ll be the one doing the adventuring, and you’ll meet with legendary fighters.

We also get a first look at a brand new character called Pinijji. Jump doesn’t say who he is or what his role is.