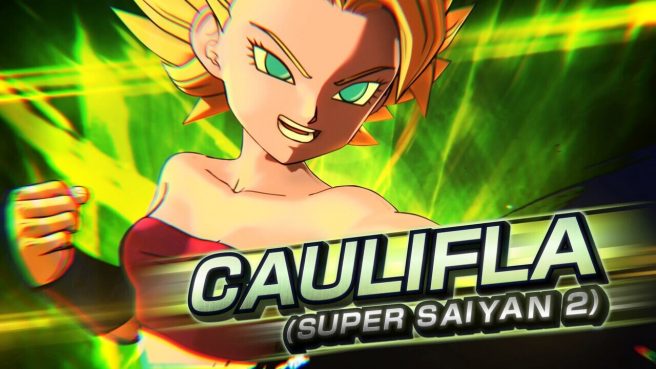 Last month, Caulifla (Super Saiyan 2) was announced for Dragon Ball Xenoverse 2. Bandai Namco has now come out with a first look at the character in action as part of a new trailer today.

Those using Caulifla (Super Saiyan 2) can hold down the fire button to boost the power of her Super Attack, Crush Canon. Bandai Namco says you can “then blast your foes with a Kikouha after firing off two savage Kidan using her Ultimate Attack, Crush Stream”.

Outside of Caulifla (Super Saiyan 2), the video teases new Extra Missions. Things will pick up where “Legendary Pack 1” left off, and as part of Fu’s experiment, he makes contact with and launches an attack on the same Gogeta who engages in a deadly battle with Broly, resulting in an unexpected change in the fused Saiyan. The very end also shows Fu appearing in front of Bardock, who’s in the middle of battle against the Frieza Force.

Dragon Ball Xenoverse 2’s “Legendary Pack 2” DLC, featuring Caulifla (Super Saiyan 2) and more, launches on Switch this fall. We’ll pass along a specific release date as soon as we have it.