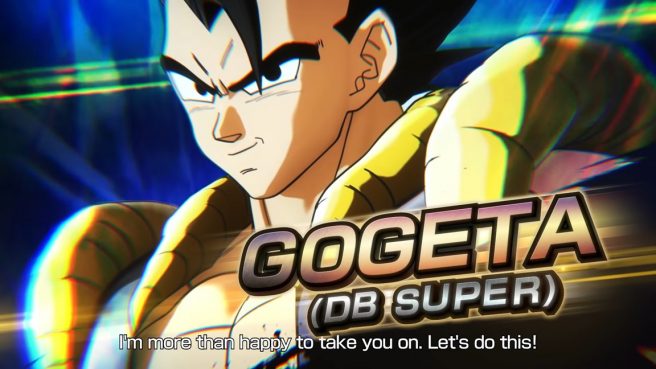 Bandai Namco has readied a new trailer to show off Gogeta (DB Super) in Dragon Ball Xenoverse 2. The character is set to join the game this fall.

Gogeta (DB Super) will be included in Legendary Pack 2. Jiren (Full Power) will come in the same DLC drop.

As shown at the end of the video, it looks like we could be getting yet another character. If the tease is anything to go by, we’ll be seeing Caulifla soon.

Bandai Namco has provided a huge amount of support for Dragon Ball Xenoverse 2 over the years with free updates and paid DLC. The game hasn’t shown any signs of slowing down despite being around for nearly five years. It has also been present on Switch for four years, as the game came to the platform in September 2017.