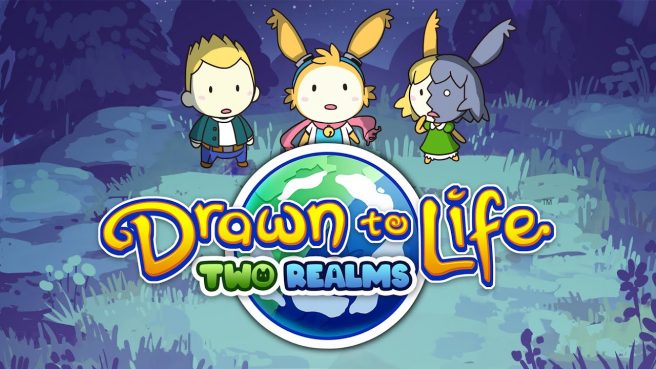 505 Games has made Drawn to Life: Two Realms official. It is being developed by Digital Continue rather than the defunct 5th Cell, though the title is said to be “brought to life by many of the original developers,” including over fifty new music tracks from the original franchise composer, a 2D world from the renowned original sprite artist, and continued story presented by the original executive producer of Drawn to Life as well as and Drawn to Life: The Next Chapter.

505 Games president Neil Ralley said in today’s announcement that the company is “unearthing the beloved and groundbreaking Drawn to Life franchise with a new version created for a new generation of gamers and platforms.” He added: “It’s been over a decade since the previous title so we can’t wait for new players and long-time fans to get their hands on Drawn to Life: Two Realms just in time for the holidays – the perfect opportunity for older fans with families to share an old favorite with their kids.”

Here’s an overview of Drawn to Life: Two Realms, along with the official trailer in English:

The quirky Raposa and your drawn hero return in Drawn to Life: Two Realms, the next installment in the beloved franchise! You again take on the role of the Creator, unlocking the mysterious connection between the two worlds, and creating a Hero to save them both!

A brand-new Creation Tool expands the creative possibility with millions of colors, unique stickers, templates, new hero animations. Unlock additional Stickers to further customize and save out your unique Hero looks via the new “Outfit System”.

The story continues! Now that Mike is awake, a new human world is revealed. Travel between the Raposa and Human towns to uncover the mystery of the shadow and save Mike and his friends. The full cast of Raposa return, along with brand new characters to interact with!

Use the Book of Imagination to enter the mind and challenge Townspeople, Enemies and Raposa to resolve conflict and defeat the shadow. Utilize and place dozens of unique toys to score points based on your own imaginative solutions. Take control of your Hero and jump, spin, and ground pound your way through over 100 unique challenges!

A true continuation of the series, brought to life by many of the original developers. Enjoy over 50 new music tracks from the original franchise composer, a lush 2D world from the renowned original sprite artist, and continued story presented by the original Executive Producer of Drawn to Life, and Drawn to Life: The Next Chapter.

Drawn to Life: Two Realms will cost $9.99 on the Switch eShop.