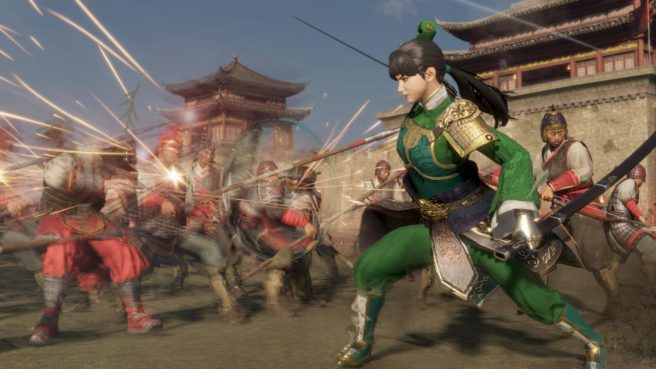 Koei Tecmo and Omega Force have announced that a free demo for Dynasty Warriors 9 Empires is now available on Switch. You can access it via the eShop.

Today’s demo “features the all-new evolved castle sieges, including both invasion battles and defense. Storm the enemy castle, or fight to defend your fortress in this challenging tutorial. Virtual warlords can play through each siege scenario repeatedly to discover and develop the best strategies to overpower and outthink opponents.”

Fans can also get a taste of the game’s edit mode in which players can create their own officers before going into battle with them. These characters can then be transferred from the demo version to the full game.

Dynasty Warriors 9 Empires is already available for Switch in Japan. The game is planned for February 15, 2022 in North America and Europe.

You can download the Dynasty Warriors 9 Empires demo on Switch now for free by visiting the official eShop page. We’ve included more information about the title below.

The game includes the Edit Mode, a series favorite. Players can create their own Custom Officers from a wide range of parts. With the 94 Musou Officers and over 700 Generic Officers that appear in Dynasty Warriors 9, players can more dramatically populate their very own Dynasty Warriors experience.