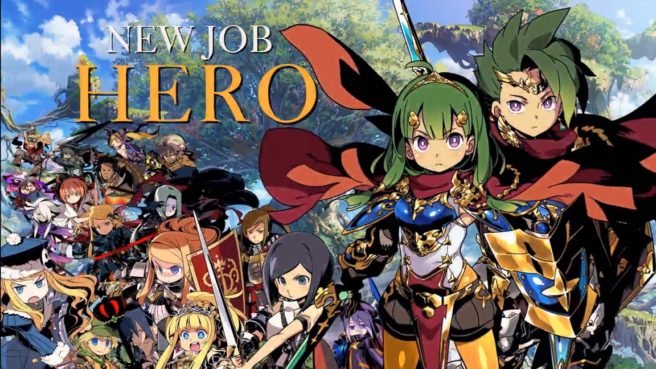 Atlus published the latest details and screenshots for Etrian Odyssey X today. We’re introduced to new characters, new enemies, and more. We have the full rundown below, courtesy of Gematsu.

– Alternate colors available
– Floyd (voiced by Yoshitsugu Matsuoka): An adventurer who you meet as you explore Lemuria
– A sociable young man who speaks with a cheery tone, he also seems to be searching for the treasure
– Enrica (voiced by Megumi Han): The “Sailing Princess” who leads the Sea Clan
– A woman with a straightforward personality, she oversees a group of sailors in search of the treasure
– It seems that Enrica also employs Artelinde, an adventurer who uses magic
– Artelinde (voiced by Sachiko Kojima): An adventurer who comes from the faraway “Duchy of High Lagaard”
– Artelinde is an incredibly skilled user of magic
– It is said that she has no enemies, despite her young age
– Artelinde is accompanied by her partner, Kurogane Jr

– Large-scale naval fleet dropped anchor here
– A lodge seems to have been built out of the surrounding trees
– Sailors move incessantly between its structures
– Their fast-paced movement shows that the Sea Clan, led by the Sailing Princess Enrica, has a high level of skill
– Artelinde, who is employed by Enrica, also seems to appear at the lodge