Europe getting a Splatoon Wii U bundle as well 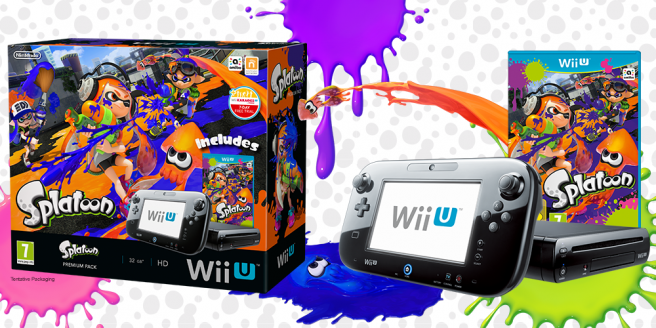 Nintendo isn’t limiting its new Splatoon Wii U bundle to North America. Over on Twitter, the company announced that the same package is bound for Europe as well.

Consumers will find a Wii U console and a copy of Splatoon in the bundle. However, it appears that the European version goes with a physical copy rather than a digital copy, as is the case in North America. There’s also no pre-installed copy of Nintendo Land, with Nintendo instead opting for a Wii Karaoke U trial.

The European Splatoon bundle also carries an unexpected release date. It won’t be available until June 19, which is several weeks after the actual game launches.

Inkredible! The #WiiU #Splatoon Premium Pack comes with a copy of the game and makes a splash on 19/06! pic.twitter.com/UrwhObYWb9