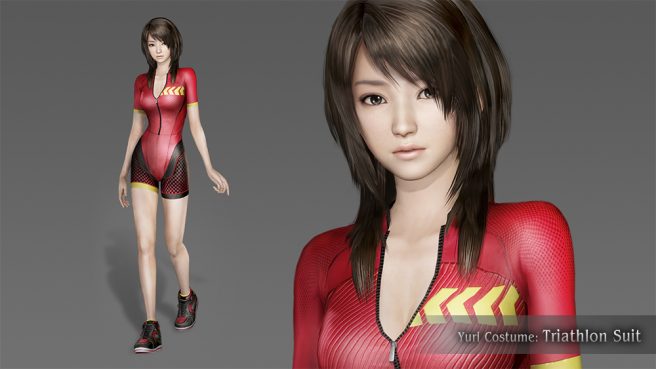 Fatal Frame: Maiden of Black Water producer Keisuke Kikuchi has opened up about the game’s upcoming remaster, including how it came to be, the new photo mode, improved graphics, and fresh costumes. The news comes as part of a recent interview with Japanese magazine Famitsu.

Here’s our translation of the notable parts of the discussion:

Could you talk to us about the details of how the Fatal Frame: Maiden of Black Water remaster came about?

Kikuchi: Fatal Frame, the first entry in the series, was released in December 2001 so now in 2021 the series is approaching its 20 year anniversary. The original Fatal Frame: Maiden of Black Water came out in 2014 and received a lot of support from fans and the media. We wanted to show our appreciation and mark this important milestone by remastering the game.

Fatal Frame fans are usually very happy with new announcements regarding the series. How has the response been this time?

Kikuchi: It’s been a while since the original game was released in 2014, so we were honestly a little apprehensive about making any announcements. However, we are delighted to have received an even more positive response than we anticipated. In Europe, North America, and even Asia, where we are rereleasing a game for the first time, there has been a lot of excitement for it. It was great that Japanese horror games can be so well received even outside of Japan.

While you have decided to remaster the fifth title in the series this time, were any other options considered? For example, a collection of previous titles.

Kikuchi: No, not really – we wanted to focus our energy on the most recent title in the series, Fatal Frame: Maiden of Black Water, and have lots of people play it. We have a lot of pride in this game and its ability to surprise and scare the player in ways that were new to the Fatal Frame series.

Since 2014 there have been no announcements regarding the Fatal Frame series; has your company been working on new projects during that time?

The original game was a Wii U exclusive, but this time the game is being released on multiple platforms. I assume this is to increase the number of people who can play.

Kikuchi: Exactly! To mark the 20th anniversary we want as many people as possible to play the game. We hope the game can be enjoyed by fans of the series, those who have played a few games and even those who are completely new.

In the original Fatal Frame: Maiden of Black Water the Wii U GamePad was used as the camera obscura leading to very unique gameplay. This time the game will be playable on the Nintendo Switch. Are there any similar special modes this time, such as portable mode acting as the camera?

Kikuchi: Yes, there are; in portable mode the Nintendo Switch gyro controls allow the console to be used as the camera obscura. Interestingly, the Wii U GamePad was actually about the same weight as the envisioned camera obscura in the game. The Switch is a little lighter, but I think that shouldn’t be too much of a problem.

The original version also included a collaboration with the Dead or Alive series with an unlockable chapter. Will this also be included in the remaster?

Kikuchi: Yes, same as the original you can play the chapter with Ayane after clearing the main game.

This time the game includes a new photo mode. Can you tell us a little more about the reasons for including that?

Kikuchi: Recently a lot of games have included a traditional photo mode. In addition to a traditional photo mode, ‘spirit photography’ is also possible, which fits well into the Fatal Frame series. At the time I was also acting as a producer on the Atelier series and saw how much a photo mode allowed players to enjoy the characters and costumes and how good the response to it from fans had been, I thought it was great! It was definitely something that would work well in the Fatal Frame series. Of course the spirits in the game can be very scary, but using the camera mode it’s possible to take interesting and sometimes humorous pictures. The feature felt very at home in a Fatal Frame game.

The game also includes new costumes for the characters. What was the reasoning behind these?

Kikuchi: We wanted the game to feel new even to those players who had played it before. As for deciding the costumes, we wanted things that increased the appeal of the characters. For example, Yuri is into cycling so we gave her a cycling unitard (Triathlon Suit), and we gave Miu and Yuri matching black and white gothic lolita looks.

The game had great graphics for the time, but what areas have been improved in the remaster?

Kikuchi: Firstly we increased the resolution. We then worked on things such as the shadow, light and water effects to increase the overall feeling of immersion. We also improved some areas of the scenery.

Kikuchi: Yes, there are. A lot of small areas have been improved. But you will have to wait for further announcements for details on these.

Koei Tecmo recently showed off some of the new costumes that will be featured in the new version of Fatal Frame: Maiden of Black Water – check out the full set here. The game launches for Nintendo’s current console on October 28.

Big thanks to Simon Griffin and hanikamimeg for contributing to this post.