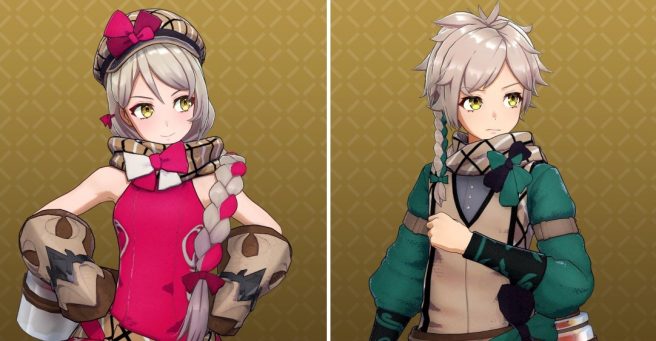 Nintendo and Intelligent Systems have shared details on two more characters for Fire Emblem Engage, this time introducing Framme and Cramme (tentative name). This follows the details provided for Alear and Vander.

Framme’s starting class is Monk. A warrior monk who heals allies with staves. Has also mastered Quigong as a form of self-defence.

Although she’s a Dragon Guardian, more than pure loyalty, it appears she idolizes Alear as a deity.

Cramme (Kōhei Amasaki) is a 33rd generation Dragon Guardian, protecting the Divine Dragon at the Land of Lythos, alongside Vander. He is Framme’s older twin brother and was by Alear’s side when they awoke. A gentle priest who serves – and is also a fan of – Alear.

He’s a young man with a gentle aura. His hair braid is on the opposite side of Framme’s.

A bit of footage showing Framme and Cramme in Fire Emblem Engage can be found below.