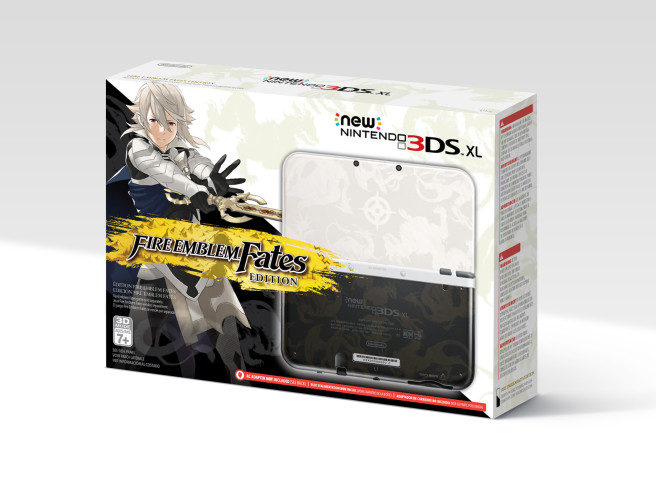 Update: Pre-orders are now up on GameStop here!

First, map DLC is planned for Fates starting at launch. New content will be released weekly beginning on February 19.

Also revealed is a special Fire Emblem Fates New 3DS XL, shown above. Note that the game is not included. Pricing will be set at $199.99.