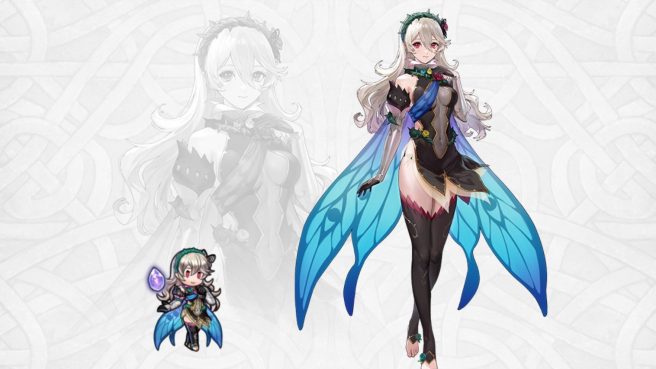 Now that Gordin: Altean Archer has been distributed, Intelligent Systems has announced that Corrin: Fateful Princess will be the next Resplendent Hero coming to Fire Emblem Heroes. The character will be made available for Feh Pass members on January 24, 11 PM PT along with some accompanying Feh Pass quests.

Look below for an overview on the upcoming Resplendent Hero:

“The dökkálfar are so delicate and beautiful.”
“I wonder what sorts of dreams my siblings have…”

Having been born in Hoshido and raised in Nohr, Corrin’s no stranger to the complexities of fate—or international fashion! For this appearance, she’s wearing an outfit from Dökkálfheimr, the realm of nightmares, featuring a bewitching cape with a fairy-wing design!