Posted on August 5, 2021 by Brian(@NE_Brian) in General Nintendo, News 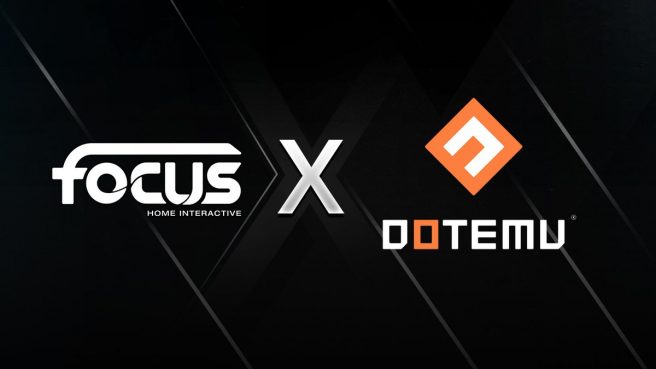 Focus Home Interactive today announced that it has acquired Dotemu. The deal should be fully closed in September.

According to today’s announcement, “Dotemu will be able to give even greater ambition to its projects and give itself the means to broaden the range of services offered to studios, in order to guarantee the success of their productions on the retro label as well as on the publishing label The Arcade Crew.”

Dotemu has published a number of games on Switch, including Streets of Rage 4, Wonder Boy: The Dragon’s Trap, and Ys Origin. It is also involved with Teenage Mutant Ninja Turtles: Shredder’s Revenge and Windjammers 2.

The full announcement can be read below.

FOCUS HOME INTERACTIVE (Paris:ALFOC) (FR0012419307 ALFOC), a leading European publisher and developer of video games, announces the signing of a contract for the acquisition of 77.5% of the share capital of Dotemu, a world leader in retrogaming based in Paris. Dotemu is both a game developer and publisher, known for having released more than fifty retro games on consoles, PC and mobile phones. Composed of a talented and passionate team of thirty people, Dotemu is managed by its CEO Mr. Cyrille Imbert. The team has already demonstrated its expertise in discovering and updating old cult licences in order to transform them into critical and commercial successes at a global level. Positioned in a very attractive market, Dotemu is a fast-growing company with excellent profitability. In 2020, the company achieved a turnover of €14.6 million, with an EBITDA of €5.9 million and an EBIT of €4.8 million and has a very ambitious growth plan for the years ahead.

Christophe Nobileau, CEO of Focus Home Interactive, declared: “The arrival of Dotemu marks a key step in the acceleration of the Group’s growth and in the diversification of its expertise. By enriching our editorial line, we are opening up a new revenue stream and new market shares to conquer in a fast-growing sector.

We are delighted to welcome to the Focus Group talents such as Cyrille Imbert and his teams, who have succeeded in making games attractive and giving them new life for millions of players around the world. This transaction is a good example of our desire to bring together talents through a long-term partnership with Cyrille, who will remain President and shareholder of Dotemu and become a member of the Group’s Executive Committee and future shareholder of Focus Home Interactive.

Finally, this deal is just another step in our growth story. Following the integration of the Deck13 and Streum On studios, we are actively looking for other high-potential companies to accelerate our development and expand our offer.”

Mr. Cyrille Imbert, CEO of Dotemu, added: “Joining the Focus Home Interactive Group was an obvious choice for Dotemu. We share the same passion for video games, the same desire to improve, as well as the same values of respect and benevolence towards our partners and teams. While continuing its activities, this new collaboration will allow Dotemu to benefit from the incontestable expertise of Focus Home Interactive’s teams for the production of AA titles and therefore launch the production of future remakes or sequels on licenses of first-generation 3D consoles.

While retaining the editorial and strategic independence that has made it successful, Dotemu will be able to give even greater ambition to its projects and give itself the means to broaden the range of services offered to studios, in order to guarantee the success of their productions on the retro label as well as on the publishing label The Arcade Crew. Therefore, Dotemu is ideally positioned to achieve its ambitious growth plan to triple its turnover in the medium term.

My mission will also be to share Dotemu’s expertise with Focus Home Interactive’s teams, to select and convince talented teams to join the Group in order to build, together, a key player in the video game industry on a global scale.”

Rationale of the deal

As the video game industry continues to evolve, a significant portion of the market is turning to retrogaming. Today, nostalgic gamers and hardcore fans alike are snatching up re-releases of old home consoles, as well as adaptations of old games and mythical titles that benefit from the comfort of today’s technologies. Dotemu has become an expert in this field and has already developed and re-released legendary franchises such as Final Fantasy, Another World, Double Dragon and, most recently Street of Rage 4, which has been played by over 2.5 million people worldwide. Dotemu also develops games in-house via its development team, with titles such as Ys Origin, Heroes of Might and Magic III HD and the highly anticipated Windjammers 2.

The combination of Focus Home Interactive and Dotemu will generate the following synergies:

Focus Home Interactive is expanding its offering and editorial line through the acquisition of Dotemu, which will continue to publish and produce unique titles with strong commercial potential, driven by cult video game and pop culture licenses such as Teenage Mutant Ninja Turtles and Metal Slug Tactics, as well as other quality titles to be announced in the coming months.

Above all, Dotemu will benefit from Focus Home Interactive’s expertise in the field of AA games, which will enable it to develop even more ambitious projects, including remakes or sequels of the first games of the 3D era (the games of the early 2000s).

In addition, Focus Home Interactive is acquiring technical capabilities with this deal for the production of indie games. Dotemu’s teams will thus be able to provide even more ambition to the young indie games publishing label The Arcade Crew. After successful productions such as The Last Spell or Dark Devotion, The Arcade Crew is preparing many other ambitious productions such as Young Souls and other quality titles to be announced in the months ahead.

Mr. Cyrille Imbert will be appointed Managing Director of the soon to be created Indie games Publishing Division within the Focus Home Interactive Group. The Indie games Publishing Division will bring together the indie titles produced by Focus Home Interactive, The Arcade Crew and Spotlight, which is the publishing label acquired with the integration of Deck13.

This acquisition also strengthens the teams and talents joining the Focus Home Interactive Group, who will be able to bring all their market expertise to identify, unearth and re-establish cult brands and titles in a very fast-growing market. Dotemu’s teams will also enrich Focus Home Interactive’s development capabilities by acquiring promising young studios.

Features of the deal

Focus Home Interactive has signed a contract for the acquisition of 77.5% of the share capital and voting rights of Dotemu (70% from Oryx Finance and 7.5% from Cyrille Imbert) for €38.5 million at the deal closing. An additional payment of €15 million payable on the basis of revenue elements at the end of December 2022 is foreseen, followed by a second possible earnout conditional on performance indicators (EBIT) over the next two years.

Mr. Cyrille Imbert will remain CEO and shareholder of Dotemu with 22.5% of the capital. He will also benefit from medium- and long-term liquidity options on the remaining capital with a proportion of the payments in Focus Home Interactive shares and a retention commitment of at least two years. In addition, Mr. Cyrille Imbert will join the Executive Committee of Focus Home Interactive Group.

The transaction will be fully financed with the available liquid assets of Focus Home Interactive. The deal is expected to be closed in September.