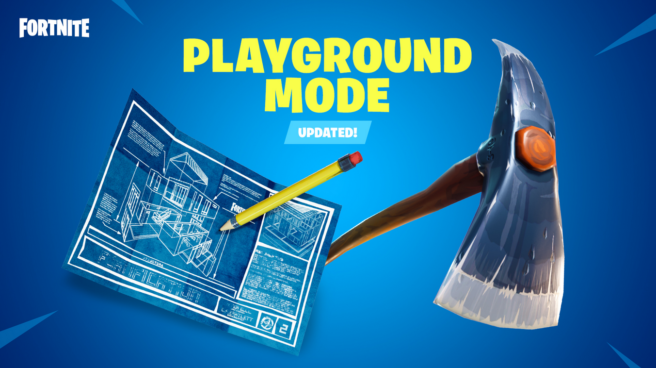 Version 5.10 of Fortnite is now available, and among other things, it sees the return of Playground Mode. Below are the full patch notes:

Summary
Playground is a low-pressure environment where friends can let their creativity run wild. Build massive structures. Practice with the weapons and items. Fight against your friends. This mode returns with improvements for a limited time on Wednesday, July 25. Have fun!