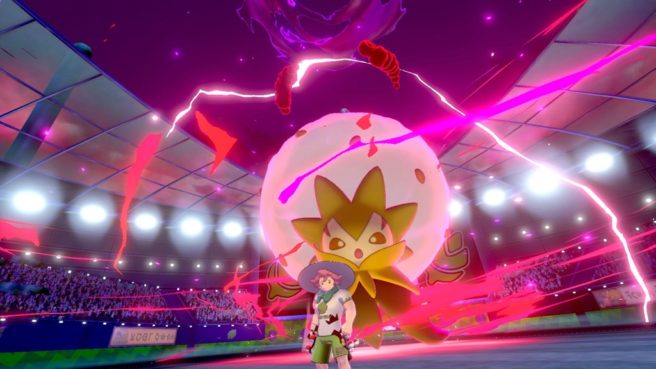 Pokemon Sword and Pokemon Shield are introducing a new Dynamax feature. With it, Pokemon can become huge during battle, and also receive a big power boost. Trainers can only Dynamax their Pokemon once per battle, and after three turns, they return to their normal state.

Pokemon Sword/Shield director Shigeru Ohmori had a bit to say about Dynamaxing in an interview with Kotaku. In his view, the feature will allow for “every Pokemon to shine in battle.”

“We’re very cognizant of not betraying the expectations of long term fans. We view it as a way to get every Pokémon to shine in battle. Even if they weren’t as viable in the past, this is their time to shine, and we’re balancing the battle system around that.”

Aside from the power boost, the moves of a Dynamax Pokemon become Max Move. They’re powerful, and some are even able to trigger additional effects such as Max Strike lowering the Speed stat of an opponent it hits.