Posted on September 20, 2020 by Brian(@NE_Brian) in General Nintendo, News 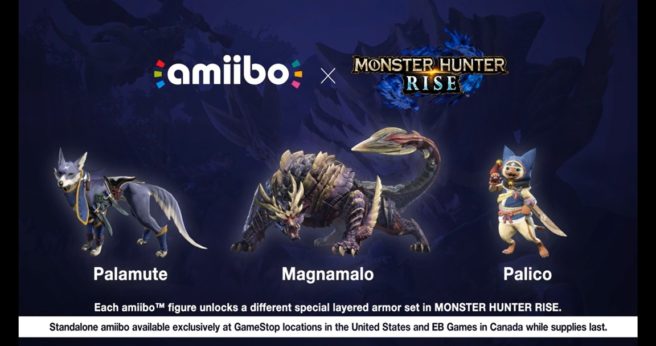 Capcom has a trio of amiibo planned for Monster Hunter Rise. Fans will be able to pick up figures based on Palamute, Magnamalo and a Palico. Interestingly, it appears that they’ll cost a bit more than usual.

According to GameStop’s internal system, the new amiibo will cost the following: 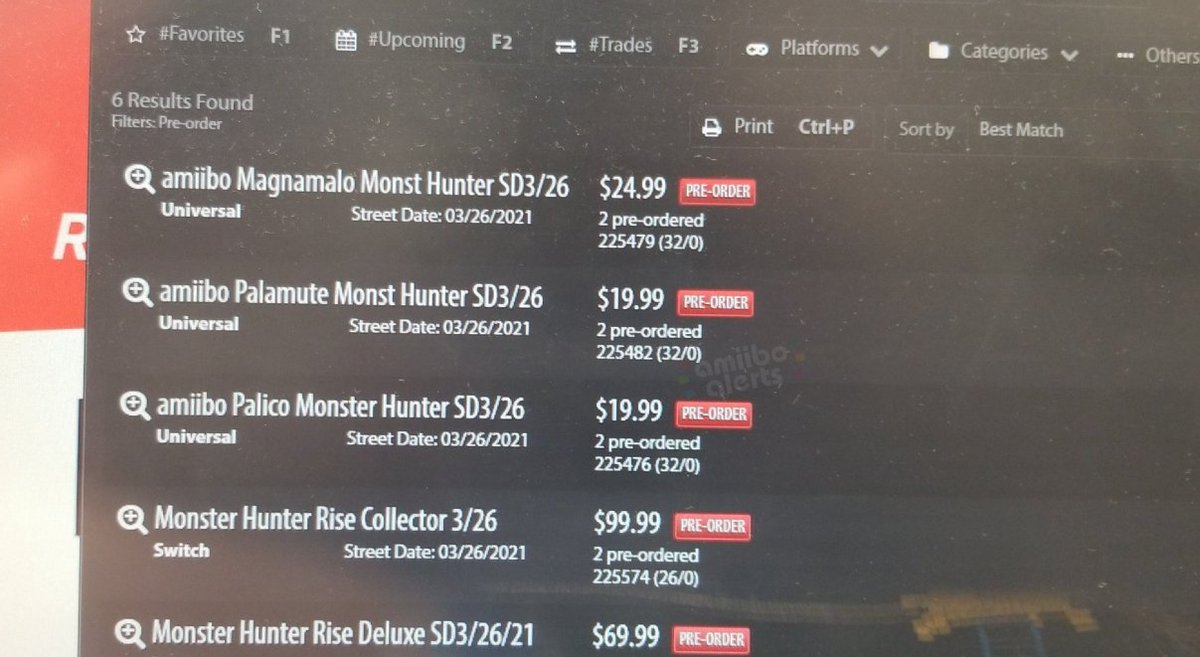 We’re used to seeing most amiibo cost $16 these days. Even Nintendo has experimented with higher prices though, such as with the Guardian for Zelda: Breath of the Wild – which costs $20. There’s some talk here that the higher pricing could mean that the Monster Hunter Rise amiibo will be larger than normal, but we’ll need to wait until Capcom shares more details.