Get a detailed look at the upcoming Splatoon amiibo 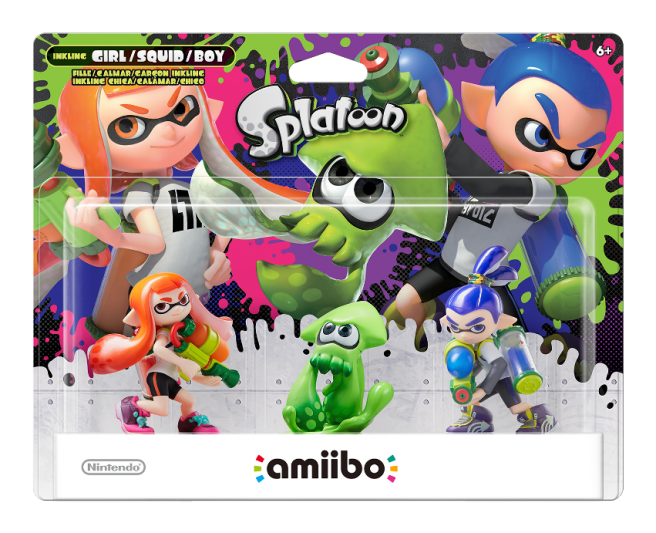 Update: Some translations of what was shared on Twitter:

We got a picture of the Splatoon Amiibos!

Those characteristic eye markings, her clear hair(?), all of these things and more have been reproduced. She’s cute from every angle… uh, um, as an example, it’s been a great success!

And so this is the Squid amiibo.

The model kinda looks like it could appear out of ink and capture territory in a second, huh?

The squid’s model is great, but the brace (the ink below) is beautiful.

At any rate, I haven’t heard of a lot of squid figurines before…

Nintendo’s ink-filled third-person shooter, Splatoon, launches on May 29th and brings along three amiibo with it on launch day. Announced during the Nintendo Direct on Thursday, Splatoon would be getting its own line of amiibo featuring three figures of the likes of Inkling Girl, Inkling Boy, and a Squid. You can purchase them individually or as a bundle, but the Squid is currently only available in the bundled package.

Splatoon’s official Twitter just posted a detailed look at the three figures, giving you a 360 degree impression of what the three figures look like from front to back. You can also view individual shots of the amiibo here. Check it out!