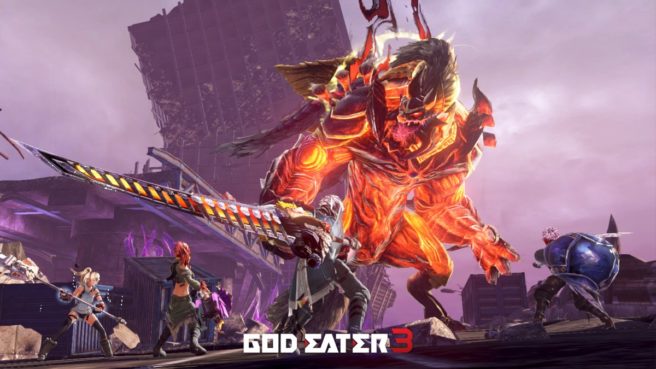 During a live stream earlier today, Bandai Namco shared an update regarding future plans for God Eater 3. We have a bunch of details and a trailer for version 2.00, along with a tease of version 2.10 and 2.20.

– Additional episode: “Encounters with the Past”
– The first chapter of that story will unfold via Claire’s chapter, where you will head to her Sympathy Domain in order to strengthen your Engage
– Hugo and Zeke chapters will follow in version 2.10, with the additional stories for other ally characters due out after
– After version 2.00, updates will be released at a faster pace than normal
– “Encounters with the Past” will be added to the “Additional Episodes” menu
– By completing missions with your allies, your Sympathy sync rate will rise
– Episodes unlock by increasing sync rate
– The new costumes that were previously teased are included in the version 2.00 update
– The new Aragami, Ash Forged Barbarius Ira, is also included
– The “Ash Forged God Arc Parts” and “Ash Forged God Arc Parts (Alternate Color)” are also included, respectively equipped with the “War Cry” and “Blade Impulse” Burst Plugins