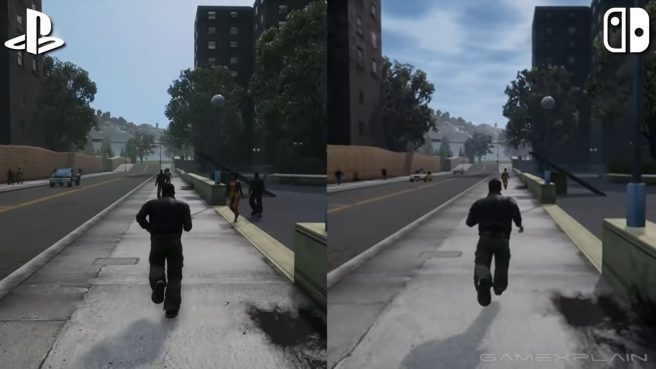 We’ve got a roundup of news pertaining to GTA: The Trilogy – The Definitive Edition, including updates, a Big Head mode, and a comparison video for the Switch and PS5 versions.

The launch of these remasters have been a little bit rocky to say the least. There have been notable issues across all platforms, but as a Nintendo site, we’re naturally focusing on the Switch version. While this is also true for other systems, players on Switch have encountered significant issues with the frame rate and slowdown.

On the bright side, it’s been confirmed that updates are planned for GTA: The Trilogy – The Definitive Edition. Grove Street Games’ Thomas Williamson indicated over on social media that the team is working on things. However, there’s currently no word on what exactly is being addressed and we have no idea when the first patch will be ready to go. When we have more information to share, we’ll let you know.

In other news for GTA: The Trilogy – The Definitive Edition, GameXplain has put together a video comparing the Switch and PS5 versions. You can check it out below.

Finally, we wanted to let you know about a newly-discovered code that can be used across GTA: The Trilogy – The Definitive Edition, specifically for Big Head mode. Simply input the Konami code (which is Up, Up, Down, Down, Left, Right, Left, Right, B, A). As the name implies, every character in the game will appear with a huge head. You can see what this looks like in the video below.