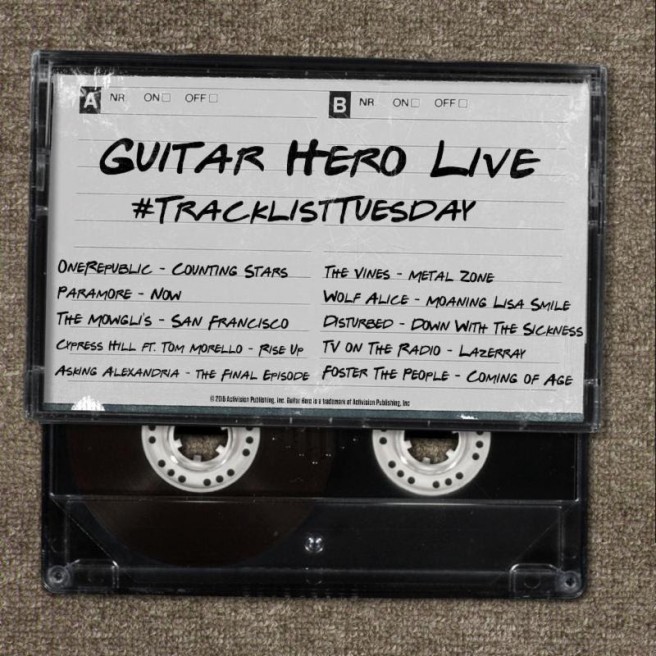 Today, Activision announced another set of songs that will be included in Guitar Hero Live. Each one is listed below.

Activision has also confirmed a pre-order bonus for Guitar Hero Live. By pre-ordering the game at GameStop, consumers will receive a free 30 day Pandora One Premium Trial. Those who have already reserved Guitar Hero Live also qualify for this promotion. You can visit a local GameStop at which the pre-order was made and pick up a trial code from a Game Advisor.