Hunt the Night gets new trailer 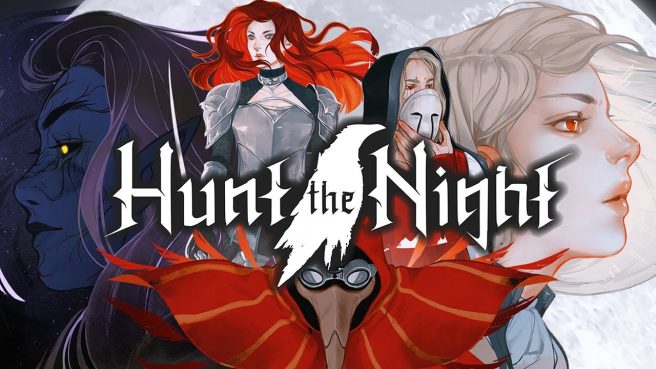 The retro-style action-adventure game Hunt the Night, which was first confirmed for Switch in 2019, has received a new trailer. Additionally, Dangen Entertainment has picked up the title for publishing.

It is the 9th Age of humanity. The cycle of day is ruled by humans, the night one by horrid creatures. Despite its efforts, humanity is annihilated with every arrival of the Night.

A group of humans, calling themselves ‘The Stalkers,’ discovered how to use the power of darkness to their advantage and fought the Night. However, it was not enough, and with every new dawn humanity rose again knowing that, with darkness, comes extinction.

Humanity found the ‘Seal of Night,’ an artifact that allowed them to stop the cycle in an everlasting day. In exchange for a blood oath that The Stalkers were willing to pay, the sun ruled for hundreds of generations and, for the first time, hope was a beacon of light. Yet fate proved unstoppable, and they paid the ultimate price.

Now, as the Night starts devouring every single glint of light, Vesper, a Stalker by right and daughter of the traitor, will travel a dying land trying to save the last embers of humanity. She hunts in a race against destiny, as the shadows lengthen both in the world and in her mind.

-Engage in Fast-Paced Dynamic Combat-
Dash through enemies while you unleash your combos, use your weapons or destroy them with your dark powers. You can switch between melee and ranged attack in quick succession: slashing enemies with your sword and then dashing away to use your ranged weapons, avoiding enemy attacks.

-Face Intense Challenging Bosses-
Endure the ultimate challenge as you fight the ancient horrors of the Night that have been annihilating humanity over and over in intense boss battles. Learn their weak points, attack patterns and survive through the different combat phases as the battle gets more challenging and extreme.

-Upgrade and Customize Vesper’s Build-
Create your own build that will adapt not only to your prefered gameplay but also to particular bosses. Customize the upgrades of your arsenal and use the equipment that best suits your gameplay: Critical Damage, Life Steal, Poison, Close Combat, Firepower and more. Collect Sanguine vials, Crow Feathers, Moonstones and Noctilium to increase your stats and get ready to face the Night.

-Discover the Dark World of Medhram-
Explore Medhram in a combination of action-adventure and dark fantasy lore. Survive huge dungeons full of traps, enemies, puzzles and challenges. Discover all kinds of locations, from ancient cathedrals and libraries of knowledge to lost kingdoms and devastated floating cities.

-Complete ‘Hunts’ as a Member of the Stalkers-
Accept a hunt at ‘Crow’s Nest’ and track down the dark beast, find where it hides and hunt the most powerful creatures of the Night. After every completed hunt you will get rewards that will increase your health and dark energy bar.

-Follow Questlines for Secondary Characters
Meet new characters and open full questlines that will vary depending on your actions: deciding to help them or not, finding them at their next location, failing to achieve the mission requirements in time… Everything counts!

-Play to Adapted and Immersive Music-
Immersive and adapted music to every moment, boss and location, with the collaboration of Hiroki Kikuta, Secret of Mana composer.