Hyrule Warriors: Age of Calamity devs on how the Expansion Pass came to be 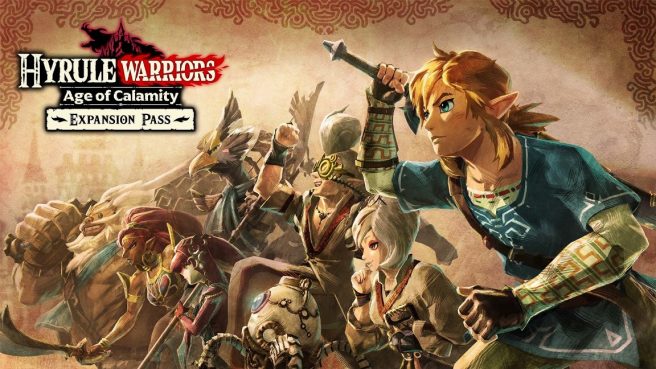 Hyrule Warriors: Age of Calamity ended up with two rounds of DLC as part of the game’s Expansion Pass. However, according to the development team, that wasn’t always the plan.

In a previous interview with Nintendo Dream, the Japanese magazine spoke with director Ryouta Matsushita, producers Yosuke Hayashi and Masaki Furusawa, and artist Yu Oboshi. They revealed that the DLC only came about later, largely following fan requests. According to Hayashi, the team wanted to focus on “ideas that we couldn’t put in the main game.”

Our translation of the interview regarding the Expansion Pass for Hyrule Warriors: Age of Calamity is below:

Was the decision to add an Expansion Pass made after the game’s release?

Hayashi: It was, which might sound like a lie to many fans but… it’s the truth (laughs).

Furusawa: About a month after release, we received a lot of feedback on the game’s official website from fans wondering if there were any DLC plans for the game.

Matsushita: Those requests came after the game was released.

Oboshi: Immediately after the game’s release!

Hayashi: That response led to the development of the first DLC. Breath of the Wild (BotW) also received its own Expansion Pass, which was a game made for players to play for a long time, and the Zelda team expressed interest in making DLC as well. At that point, some staff members were already on other projects, but… we managed to rope them back in one more time (laughs).

Oboshi: That was absolute chaos (laughs).

Hayashi: With the team back together, we thought about the best way for fans to enjoy Hyrule Warriors even more. Our main focus was ideas that we couldn’t put in the main game. We decided on those ideas and used them as the focal point for development. It took about a year before things finally wrapped up.

How did it feel when you found out DLC was being developed?

Matsushita: In a word, I was ecstatic – they let us develop for the game again! (laughs). There was a sense of relief once development on the main game had finished, but to think that it was all over… I was a bit sad. With this DLC, I was thankful to be able to work with the team for one more year.

Furusawa: There were initially no plans for DLC, so we avoided putting anything on the game’s website in order to keep fans’ hopes in check. We always knew people wanted DLC for the game, and it was a relief when we finally got the go ahead. I was glad that we were able to deliver content that fans wanted.

The first piece of DLC for the Hyrule Warriors: Age of Calamity Expansion Pass, Pulse of the Ancients, released last June. It was followed by Guardian of Remembrance at the end of October.