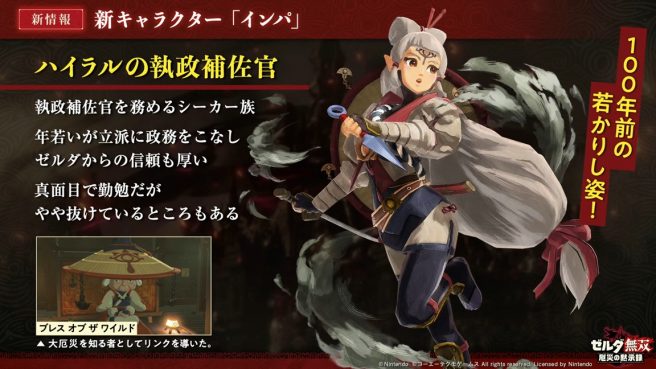 Outside of today’s new trailer and footage, there are a couple of specific aspects we wanted to highlight from today’s Hyrule Warriors: Age of Calamity update at TGS Online 2020.

First, young Impa is officially confirmed for this game. This was more or less confirmed based on the first trailer, but now it’s official. She’ll have more than just a cameo though, as Impa will be fully playable. You can see her official art above.

Outside of news about Impa, Koei Tecmo has confirmed a save data bonus for Zelda: Breath of the Wild. If you own that game, you can obtain Trainee’s Wooden Sword for Link. Those that don’t have any save data may be able to purchase it at a later date. 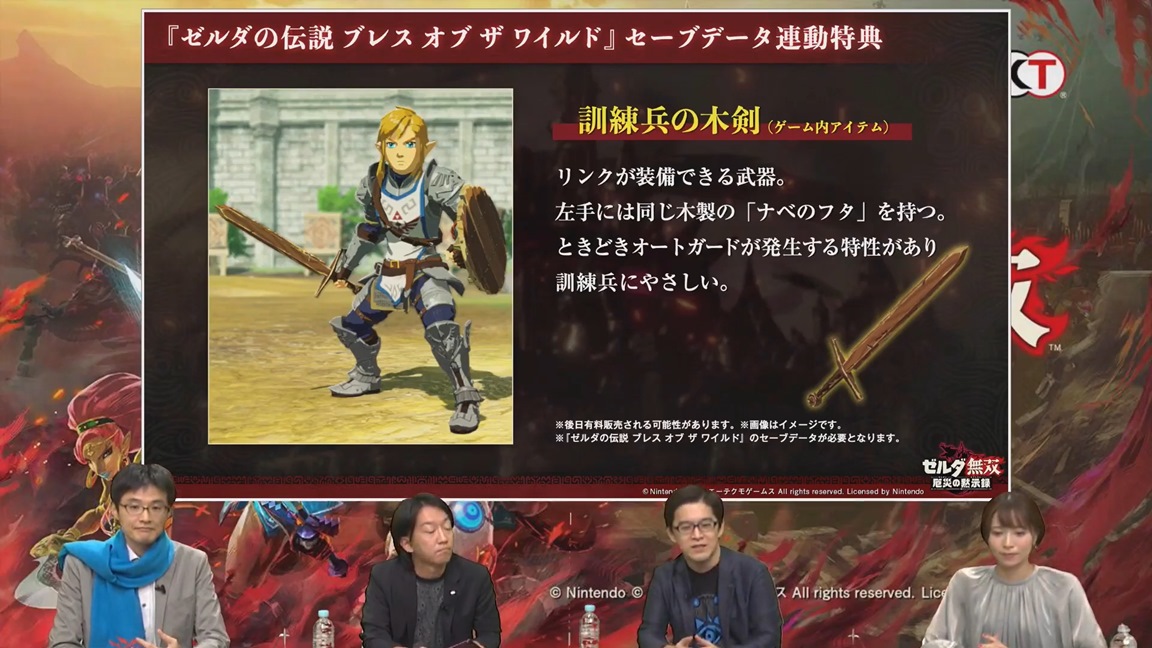 Hyrule Warriors: Age of Calamity is slated for November 20 on Switch. View the new trailer here and first gameplay here.