Ikaruga physical release arriving next month in Japan, “soon” in the west 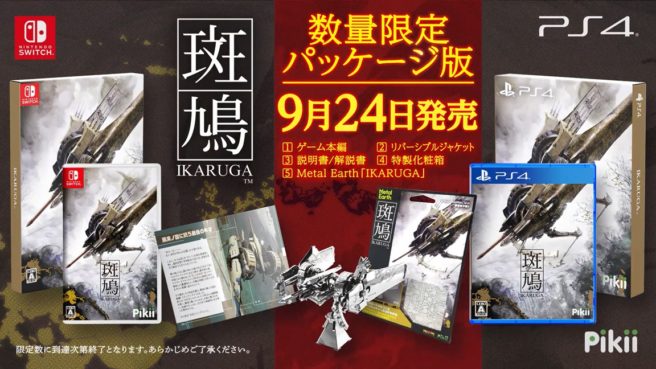 New information is in regarding the physical release of Ikaruga.

In Japan, there’s already a confirmed release date of September 24. Nicalis, who is handling the overseas version, is only stating that it’s coming “soon” and it’ll be out by the end of 2020.

It’s unclear if Nicalis will be offering the same goodies for Ikaruga in the west, but we should have more details in the near future.