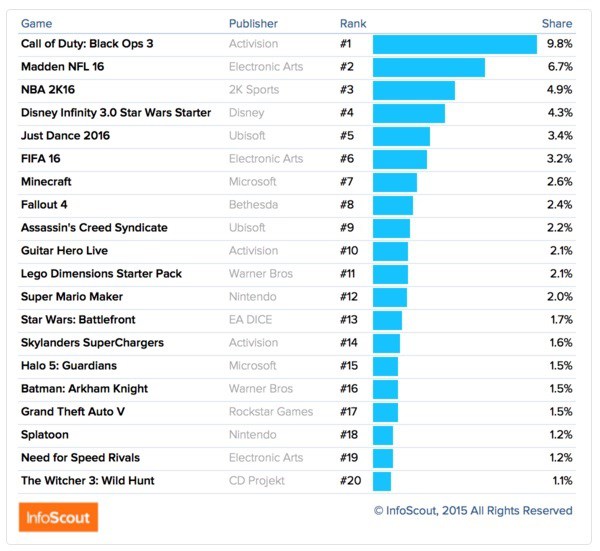 A marketing study by researcher InfoScout ranks the best-selling games on Black Friday. Purchases were tracked from a network of 300,000 users over three mobile apps. The graphic above is based on 250,000 receipts from those users on Thanksgiving night and Black Friday.