[Interview] A Short Hike dev on bringing the game to Switch, inspiration, art style, possibility of a sequel, more

Posted on October 17, 2020 by Brian(@NE_Brian) in Interviews, Switch eShop 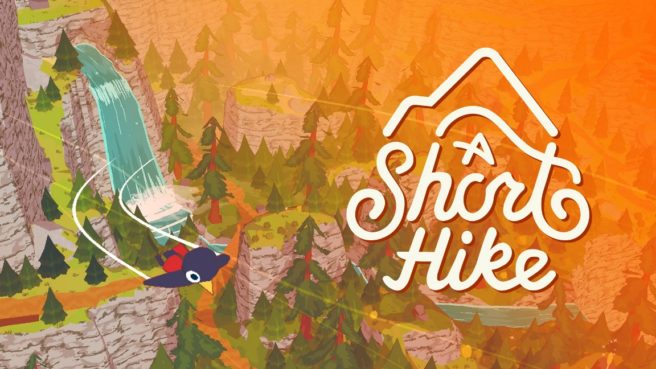 Following its launch last year, the adventure game A Short Hike released on Switch. Nintendo Everything spoke with Adam Robinson-Yu to discuss the project’s creation and more.

As part of our talk, Robinson-Yu addressed a number of topics, including how A Short Hike came to be, other games he was inspired by (which included Zelda: Breath of the Wild), the distinct art style, and whether or not a sequel could happen down the road. We also talked about the new Switch version and potential support for the console going forward.

First of all, congratulations on the Switch launch. Are you happy with the reception so far? Is there anything you can share as to how it’s performing on Switch up to this point?

Thank you! The reception has been really great! It’s gotten some really flattering reviews, and so far the sales have been much stronger on Switch. The PC release was much quieter by comparison.

When did you decide to bring A Short Hike to Switch? Was the porting process tough at all as a solo developer?

Pretty much as soon as A Short Hike came out for PC, I started getting requests for a Switch port! I was also excited to get the game onto the console, but it ended up taking me a while. There was a lot more to do on the business side of things, which I wasn’t super prepared to handle. I also wanted to do the actual porting work myself, to make sure the port was at the quality I wanted it to be. It wasn’t super tough, but the whole process took much longer than I anticipated!

Where did the idea come from to implement the boat as a new feature to celebrate the Switch release?

Some of the fans of the game on PC said they wanted to pick it up again on Switch! I thought it would be nice to add something new for any returning players. I had always wanted to add a boat to A Short Hike, and now seemed like the best time to do it!

Are there any sort of plans for additional features/updates, or are you ending with the boat’s addition?

Now that the game is finally out, I’m excited to start giving my full attention to new projects! So for now, I don’t plan on adding any more content.

We’re really curious as to how the overall concept for A Short Hike came about. Where did the inspiration for the project come from?

I had taken a few hiking trips the year prior to A Short Hike, and I really enjoyed them. It got me thinking… how could I translate this experience to a video game? I started out by composing a cosy nature scene that you could run around in. It was fun just to explore these little hills and valleys I created, and a game started to take shape. Once I figured out the stamina system and the goal, I realized I had a good foundation to flesh out.

Were you inspired by any particular games during development? The climbing mechanic feels somewhat reminiscent of Zelda: Breath of the Wild.

I’ve been inspired by many games! Breath of the Wild was a huge inspiration – it really breathed life into the open-world genre, which I felt had been getting a little repetitive at that point. Other games I looked to as inspiration were Firewatch, Minit, The Frog Detective, and Animal Crossing.

Did the game change much during development and were there any scrapped ideas?

Strangely, the final game was very close to the original concept. I focused first on getting the skeleton of the game playable – a version without all the extra sidequests. I felt like the game was still interesting like that (albeit a much smaller game) and then just added as many sidequests I still had time for. There were a lot of scrapped ideas, some of which were added in future updates (like fishing and boating) but some which I may save for my next game!

A Short Hike’s look is very distinct and unique. How’d you ultimately settle on the art style?

The art style was actually the very first thing I worked on! Initially, I was just trying to make a cute fall forest diorama using as little pixels as possible. I had experimented with this look in previous projects, and I thought it was interesting to see how to make things look nice and readable with such low resolution. I shared some of these early art tests on my Twitter, and it seemed like other people liked it too. That kind of gave me a push to make an entire game with it.

The music also makes an impression as it fits the relaxing mood perfectly. What can you say about Mark Sparling’s contribution on that front?

Mark’s music is incredible – he constantly impressed me with amazing demos as we worked on establishing the game’s musical style. I really don’t think the game would have been the same without his wonderful soundtrack. He also went the extra mile and created unique layers for each piece that fade in and out depending on where you are. I’m really lucky I got to work with him on this!

Given the success of A Short Hike, many fans are wondering: do you have any interest at all in creating a sequel?

Personally, I feel like Claire’s story is complete as it is. I have a few other projects I’ve been excited to work on, so I don’t think I’ll be doing a sequel any time soon. However, it might be something to return to in the future – it was a fun game to design and it would be interesting to see what a bigger version of it might be like.

What’s next for you? Do you imagine you’ll continue to support Switch in the future?

Right now, I’m not entirely sure! I’m planning to experiment with a few other projects and see where they lead me. I’m pretty sure I’ll be supporting the Switch again if I can – I imagine it will be easier going through the process a second time!

I just want to say, thank you for playing and supporting my game. I really never expected the game to be as successful as it has been. I’m so happy it’s reached so many people, and that it has meant something to some of them! I hope it can bring people a little bit of peace in what’s been a really hard year.