[Interview] Gear.Club Unlimited 2 devs on making the game Switch exclusive and from the ground up

Posted on December 9, 2018 by Brian(@NE_Brian) in Interviews, Switch 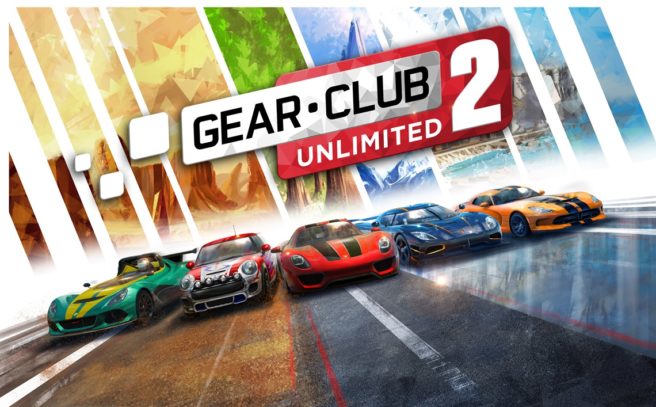 Microids and Eden Games came out with Gear.Club Unlimited in 2017. Essentially one year later, the two sides have returned once again with a sequel. Unlike its predecessor, Gear.Club Unlimited 2 was made from the ground up for Nintendo’s console and as an exclusive – it has no mobile ties unlike last year’s release.

Shortly before Gear.Club Unlimited 2’s launch, we caught up with lead designer Yannick Berthier. Berthier spoke with us about why the team made its new racer exclusively for Switch and the benefits that allowed for. You can read our full interview below.

When did development start for Gear.Club Unlimited 2?

Last year, as soon as we had submitted the master version of the first Gear.Club Unlimited.

A part of the team immediately started working on it: especially on the technological advances needed to achieve the quality we wanted for this sequel. It was quite a big challenge for the team to reach such quality for Gear.Club Unlimited 2’s new physics and graphics.

What factors lead to the decision to release exclusively on Switch?

When we released Gear.Club Unlimited last year, it was a big gamble. We weren’t sure if players would enjoy a motorsport-oriented racing game on Nintendo Switch but in the end, we received a lot of positive feedbacks from players and they seemed happy with our work.

They convinced us that the Nintendo Switch could definitely provide serious simulations, and that its audience was ready to dive into it.

We therefore decided to concentrate exclusively on this platform to get the most out of it and give Switch players the most advanced experience possible. We now have two years of experience on this console and you can feel it in the render of GCU2.

Eden Games have been creating racing titles for a long time, and have worked on titles from V-Rally to Need for Speed. What’s the most exciting thing about Gear.Club Unlimited 2 to you and your team?

As you know, racing games are our DNA for more than 20 years now.

But every game, every platform, every generation of player brings new challenges. The most exciting parts of the development was to be the first ones to create this advanced and realistic experience for the Switch. Seeing all those young players discovering racing with our game, and the veterans being as happily surprised as they are to drive on a Nintendo console means a lot to us.

Gear.Club was released on mobile devices but Gear.Club Unlimited was released on Nintendo Switch next year. These 2 games are very different, games on mobile devices are for players on the go, whereas the Nintendo Switch is designed for families and allows multiple scenarios: playing alone or with friends, with different kinds of controllers (Joy-Con, Pro Controller) and for much longer sessions.

The production stage was longer, giving us more time to overhaul our graphics engine.

We completely redesigned all of the environments using our new graphics engine, which offers far greater realism. The cars benefit from this improvement too. And now, we can have 12 opponents in huge environments with the best possible resolution. It’s a great achievement!

Did you implement any specific feedback received from the first game after it released on Switch last year that was directly applied to the sequel?

Definitely! Players are always looking for more depth in the gameplay experience, providing more control and subtlety behind the wheel.

One of their main requests was to have longer races. I think they will be delighted to see that we listened to them and to discover the 1800 miles of roads available in Gear.Club Unlimited 2. We have new environments, new game modes and more competitive championships. I am sure they will love our new sticker editor to customize their cars!

Racing games that don’t end in “kart” seem to be somewhat of a rarity on Switch. Do you believe that sales and the reception of Gear.Club Unlimited reflected that Nintendo gamers are hungry for racing games?

Mario Kart remains a reference for us. On this game, players can take the competition very seriously, but they cannot focus that much on their driving performance. The weapons and bonus used during its races heavily influence your trajectories and then, your final result. If you want to feel more of the driving experience, Gear.Club Unlimited is the game you need!

Today, we are still the only company to offer a motorsport simulation for Nintendo Switch. We see this as a great honor and a great challenge.

Have there been any changes to the way multiplayer or online works in general?

In Gear.Club Unlimited 2, we’ve worked on the offline and online multiplayer features.

And appart from upgrading, we’ve added new possibilities to the players: now, the can manage their own Club, recruit other players and take on rival clubs from around the world. They’ll be able to compete against other players in real time in our brand new Synchronous Online game mode which will be coming in a patch very soon.

We are focusing on the next updates, especially on the online content.

Now that there are two Gear.Club games, do you see this becoming a long-term franchise? Or at the very least, do you hope to continue the series in the future?

We would love to become a long-term franchise, but I can’t answer that question. The only think I can say is that, at Eden Games, we’ve been making racing games for more than 25 years. It’s in our DNA.

Tell them that we can’t wait to see their best performances and the livery they’ll make using the Sticker Editor!

Lastly we want to thanks them, for the interest and the support they’ve showed on our game. That’s very much appreciated by the team here at Eden Games.

Nintendo Everything would like to thank Yannick Berthier for taking the time to answer our questions.