[Interview] Jo-Mei on how Sea of Solitude: The Director’s Cut came to be, sequel chances, more 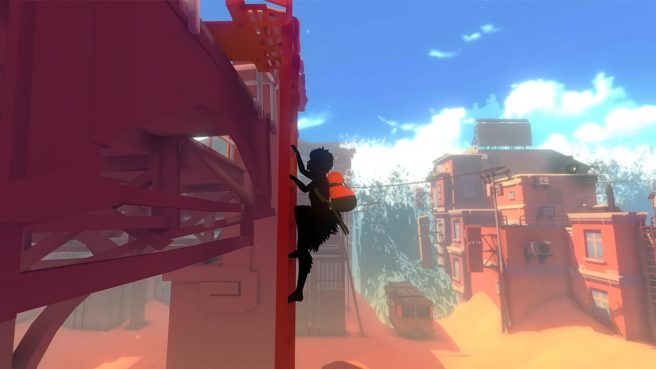 Good things come to those who wait, and that’s exactly what has transpired with Sea of Solitude. Although Switch missed out on the game originally back in 2019, the platform recently received the best version of the game yet. The new Director’s Cut implements some new additions, lots of improvements, and a fair share of adjustments.

Nintendo Everything recently had the opportunity to speak with Sea of Solitude: The Director’s Cut Cornelia Geppert. We spoke about the project’s origins and how it ended up on Switch, whether a sequel could happen in the future, and more.

Find our full interview below.

Sea of Solitude: The Director’s Cut was a surprise announcement at The Game Awards last year. How did this new version of the game come about?

We met Guillaume at the GamesCom in late 2019 where we got to know each other. At Jo-Mei, we have always been big fans of Quantic Dream since their early days and brought this up to him, he mentioned that many people at Quantic loved Sea of Solitude a lot, too.

We stayed in contact and then, to my surprise, Quantic Dream noticed that we haven’t brought SOS to Nintendo Switch and told us they were interested in publishing a Director’s Cut exclusively on the Switch. As you can imagine, we were stunned with happiness for about a week, at least!

What’s the partnership been like been between Quantic Dream and Jo-Mei Games, and how did the two sides end up collaborating?

When we started to develop the Director’s Cut, Quantic Dream asked us for our wildest wishes for Sea of Solitude, all we ever dreamed of to improve the game even further. We talked through everything and Quantic Dream not only offered their knowledge and expertise, but also manpower, like animators, artists etc., to support our goals. Quantic Dream’s marketing team came up with such wonderfully fitting ideas for our emotional game, too. I am so thankful of how mindful Quantic Dream has been in supporting our overall ideas and goals!

Were there any particular reasons why it felt like a good time to revisit Sea of Solitude and bring it to Switch specifically?

It is mere coincidence that The Director’s Cut is coming out during these challenging times, but the theme of Sea of Solitude, loneliness, is more important and relevant than ever!

Can you talk about the new improvements that have been made for the Switch version and how the team has addressed some of the criticisms of the original release?

I get told often that I’m my greatest critic, so many of the criticisms spoke to my heart. I was very happy with Sea of Solitude when it came out, as I am so proud of what we achieved with our first big and complex, story-driven console game (before Sea of Solitude, we primarily developed free-to-play browser games)! But I also knew that we could have created a much smoother experience if we didn’t spend most of the original game’s development time learning how to make it. This is why I was stunned when QD approached us and offered us exactly this!

We slimmed down the amount of spoken words A LOT. We refined the script itself, hired a writer to go over my initial writing and to find better words. Sea of Solitude was my first time working as a writer, so it was a blessing to see how a trained writer tackled the script.

We recorded lines with a completely new cast of voice actors, as people criticized the voice acting in the original. Quantic Dream also recorded voices in many languages, not just English as in the original version! We polished the controls and animations so people can explore the flooded world much more smoothly.

We refined the cut scenes, added more close-ups with the help of Quantic Dream so people can better connect with the characters, and we also addressed gameplay issues, like clunky enemy behavior and repetitive situations, so that more people could enjoy playing Sea of Solitude even more!

The team seems to be going all out with voiceovers as a new cast of actors have re-recorded all the dialogue. Were there any challenges in getting that done given the current pandemic? Did covid present any other challenges during development?

The voice recordings with the English-speaking cast was completed in summer 2020, back when it was possible for me to fly to France. I spent a week in Paris and we recorded directly at Quantic Dream’s audio department (It was so SO awesome!!). We used these recordings as a blueprint for all other countries to record, like Japanese, Spanish, German and many more! It went super well.

With Covid, both of our studios at Quantic Dream and Jo-Mei needed a bit of time to adjust to the home office situation, but once the dust settled it worked out smoothly. Many video meetings helped a lot.

Do you feel like there’s room for Sea of Solitude to grow as an IP, perhaps with a sequel?

Perhaps! That’s all I can say for now. Please forgive me. 🙂