Posted on February 6, 2021 by Brian(@NE_Brian) in Interviews, Switch 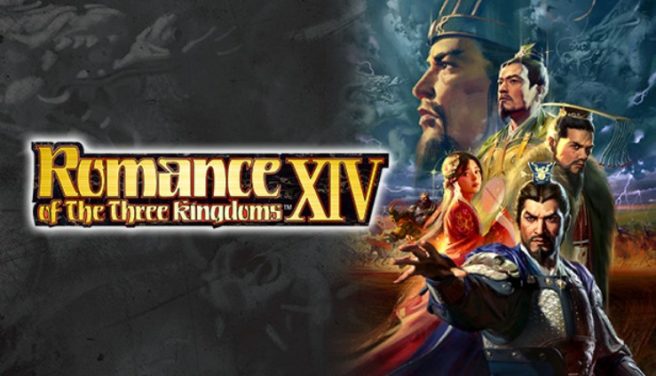 Echigoya was able to speak about how the team approached the game’s story, future goals for the series, and more. We also chatted a bit about supporting Switch.

In Japan and the rest of Asia, the Nintendo Switch is a huge market, so we created the English version of the Romance of the Three Kingdoms XIV: Diplomacy and Strategy Expansion Pack Bundle, with the anticipation of the Switch marketing becoming just as strong in the west as in Asia. Fortunately, the Switch version has been well-received in Japan and Asia, so we hope everyone in the west will also enjoy it.

What are you excited for players to experience in Romance of the Three Kingdoms XIV’s Diplomacy and Strategy Expansion Pack? And why is it a good fit for Switch specifically?

RTK14 expands on a system that has been well-received in previous games, and with particular emphasis on the personalities of the officers in the form of “characteristics”. In addition, in the expansion we have created a connection to foreign cultures of the time through “trade”. We hope that players will be able to experience the flow of history from a global perspective by seeing how these types of stories unfolded in China in those days.

The Switch allows people to hold it in a way to play comfortably for long stretches of time, so I think it is a perfect match for marathon sessions of the game.

What challenges did you face with this entry in terms of telling stories? Although the Romance of the Three Kingdoms history is long, retelling stories in new entries must be difficult.

I think it’s largely to do with the epic scope and depth of the Romance of the Three Kingdoms story. In each entry of the series, we try to address the subject in different ways, and yet there never seems to be an end to the possibilities (laughs). Of course, each time it’s a challenge to figure out a way to depict it, but it’s also a lot of fun.

The Diplomacy and Strategy Expansion Pack adds interactions with warlords in India, Rome, and Parthia. Please tell us a little about the storytelling and writing processes, and/or game mechanics associated with expanding into Eurasia.

We’ve positioned it as an “expansion” and developed it with the intent of expanding the world by going outside of China and including foreign cultures. I think that the “what if” history is one of the most attractive features of historical simulation games.

As for mechanics, we have introducing foreign cultures not found in China to enhance the available resources, and the personal growth of officers who are sent to foreign countries.

Does the Nintendo Switch version have any special features you’d like to highlight? How about accessibility options such as text size options, etc.?

Basically, we chose to not have differences between platforms, so there are no specific features to highlight. However, I personally I wanted to incorporate as much touchscreen support as possible, so it can be used correspondingly.

What advice do you have for newcomers to enjoy the game to its fullest potential?

I would like to show more of the parts that may seem peculiar, the personalities of each character, and bring more depth to the domestics and diplomacy parts that are simplified in this entry, in order to further increase the quality as a simulation game, and let players have a more detailed experience in the “what if” historical aspects.

Do you foresee future entries on Nintendo Switch? If so, do you anticipate that they would release concurrently with PS4 and PC versions?

As long as there is a big market for the Switch, I think we will continue to release future entries for it, and release it concurrently with other versions.

The Romance of the Three Kingdoms series has collaborated with other brands in the past, such as with Yo-kai Sangokushi on the Nintendo 3DS in 2016. Give Koei Tecmo’s successful partnerships with Nintendo, are you personally open to the idea of a collaboration title? What are the chances that we could see something like a Romance of the Three Kingdoms x Fire Emblem game?

I think it’s more about the strength of the Romance of the Three Kingdoms IP as opposed to any personal intents. I think that the strong personalities and large number of characters makes it easy to collaborate with. Collaborating with other platforms and other games is more likely when there is a high demand and many requests from consumers.

Any final comments to Nintendo Switch owners in particular?

The Switch version of Romance of the Three Kingdoms 14 has been well-received in Asia, so we hope you will give it a try! We take pride in this game, as it is one of the best based on the fascinating subject of Romance of the Three Kingdoms, especially in terms of how characters are depicted, and is full of depth for many hours of play. We hope that this will be the opportunity for you to try the game!

Romance of the Three Kingdoms XIV: Diplomacy and Strategy Expansion Pack launches for Switch in the west on February 11.