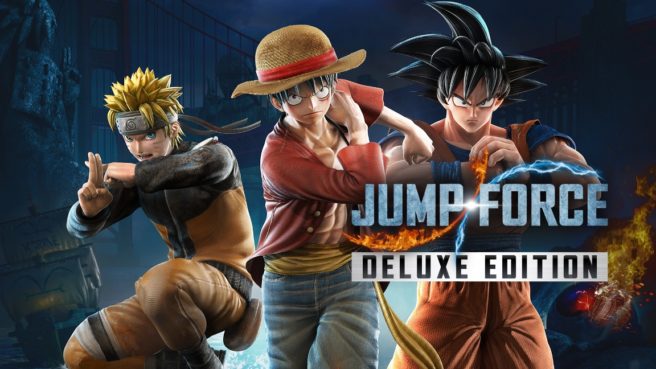 A substantial update for Jump Force Deluxe Edition is planned for release on Switch tomorrow. Version 1.03 includes a My Hero Academia stage based in Los Angeles, new missions, and some character adjustments.

And here’s a look at the new stage: