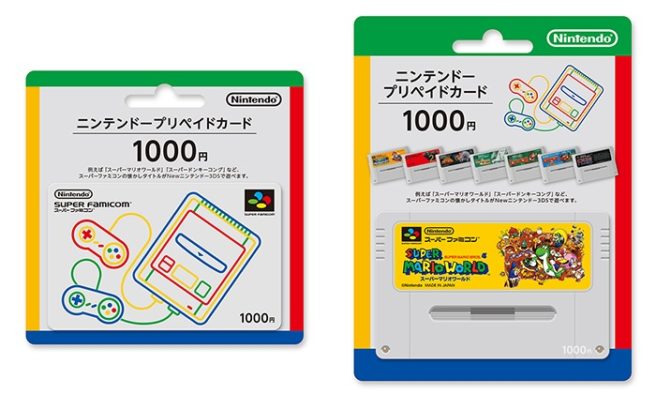 As we mentioned a short while ago, five new SNES games are out now on the 3DS eShop. Additionally, these titles are set to arrive next month in Japan:

Finally, two Super Famicom-themed prepaid cards have been revealed. In the picture above, the one on the left is being sold at 7-Eleven while the one on the right is offered by Lawson. There are limited quantities of both.