Junichi Masuda stepping down from Game Freak, appointed as Chief Creative Fellow at The Pokemon Company

Posted on June 1, 2022 by Nicolas in General Nintendo, News 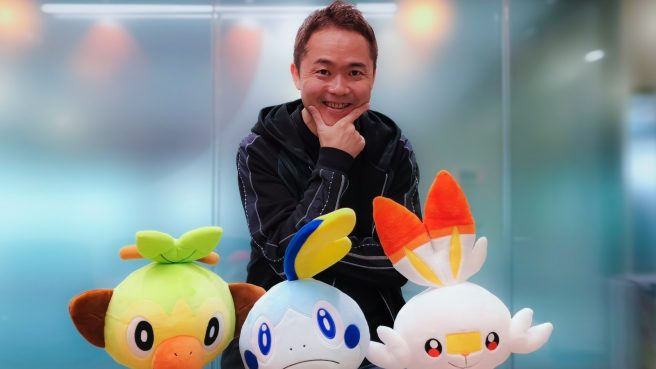 An official press release from The Pokemon Company has just confirmed that Junichi Masuda is leaving his former role as Game Freak’s Managing Director to become The Pokemon Company’s Chief Creative Fellow, effective immediately. Essentially, that means that while he should no longer be directly involved with the development of the series’ games, he will now be focusing on managing the franchise as a whole.

Included below is a transcript of The Pokemon Company’s full PR statement, including a comment from Junichi Masuda himself:

The Pokémon Company is pleased to announce the appointment of Junichi Masuda as its Chief Creative Fellow, effective June 1, 2022.
Junichi Masuda has served as the Managing Director at GAME FREAK inc., the original creator of Pokémon, until May 31. As one of the founding members of GAME FREAK, he was involved in the development of “Pokémon Red Version and Pokémon Green Version,” supporting the development of the subsequent Pokémon video game series for many years. Masuda will utilize his deep understanding of the Pokémon brand to develop new services and products at the Pokémon Company, tapping into his years of experience and creative thinking.

I have served as the director of the Pokémon video game series, starting with “Pokémon Ruby Version and Pokémon Sapphire Version” up until “Pokémon X and Pokémon Y,” and was involved in the development of many video games, including Pokémon GO. I would like to express my heart-felt thanks to all Pokémon fans.
Going forward, I hope to transcend the boundaries of video games by trying to offer greater surprises, fun and excitement to people all over the world, while doing my utmost to connect people, expand the circle of “play” and to help bring about a richer world for us to share. I appreciate your continued support in my new role.