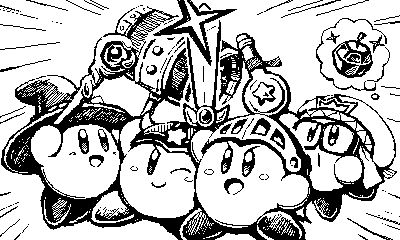 Three new Kirby games were announced for 3DS during the latest Nintendo Direct. The first is Team Kirby Clash Deluxe, out now on the eShop. Kirby’s Blowout Blast will follow this summer as another digital title.

The final game was only teased with a snippet of information. Nintendo said it will be a “multiplayer action game”, and aside from confirming a holiday launch, didn’t offer any additional information.

We do have one other tidbit of information from HAL Laboratory’s Satoshi Ishida. In a newly-posted Miiverse post, he specifically referred to it as “an action fighting game”. That means we can count on fighting being incorporated in some fashion.