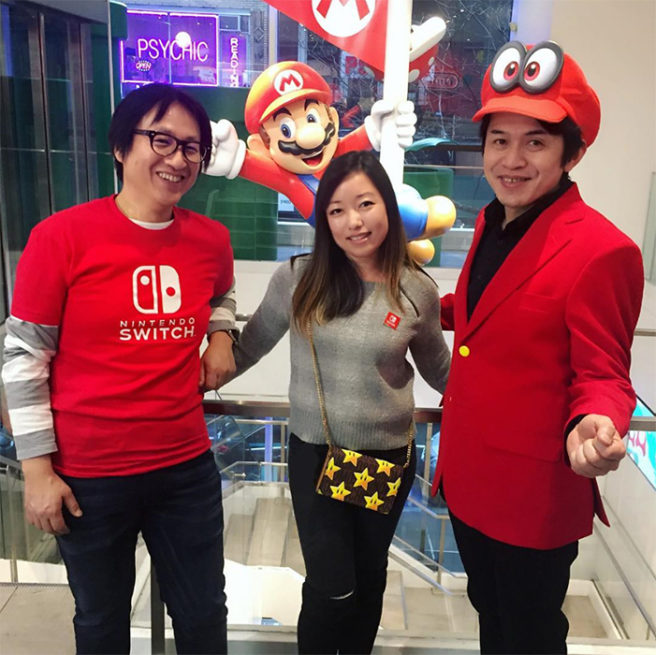 Several important Nintendo figures were spotted at the Nintendo New York store recently, likely attending the private event that has been occurring since yesterday. Among those attending are Yoshiaki Koizumi, Shinya Takahashi and Bill Trinen.  You can view some footage from the event below, along with the various Twitter and Instagram posts that the gang appeared in.

At the Nintendo store watching a 1-2 Switch demo. pic.twitter.com/XilWBW8ZoS