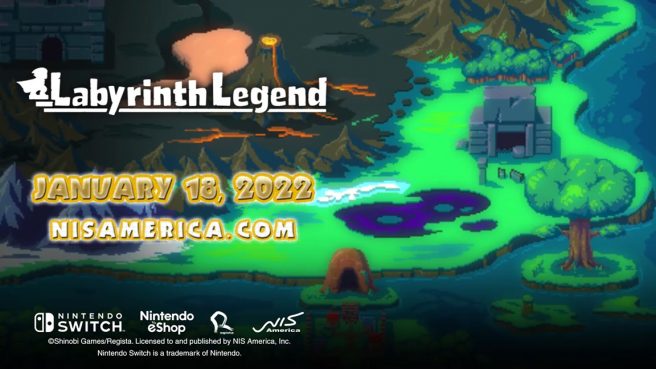 Publisher NIS America and developer Regista have set a final release date for Labyrinth Legend in the west. The dungeon-crawler will be out in North America and Europe on January 18, 2022, the two sides confirmed today.

For those that missed our previous coverage, check out the following overview:

Going along with today’s release date news, NIS America has shared a new gameplay trailer for Labyrinth Legend. Give it a look below.

Labyrinth Legend will be sold digitally for Switch via the eShop.