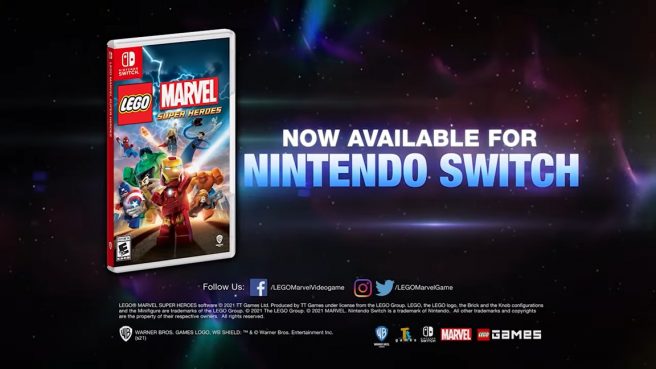 After it previously hit Wii U in 2013, LEGO Marvel Super Heroes has just landed on Switch. Warner Bros. Interactive and TT Games have readied a trailer to promote the news.

Have a look at the LEGO Marvel Super Heroes Switch trailer below.

LEGO Marvel Super Heroes is out now both physically and digitally. Access the official site here.