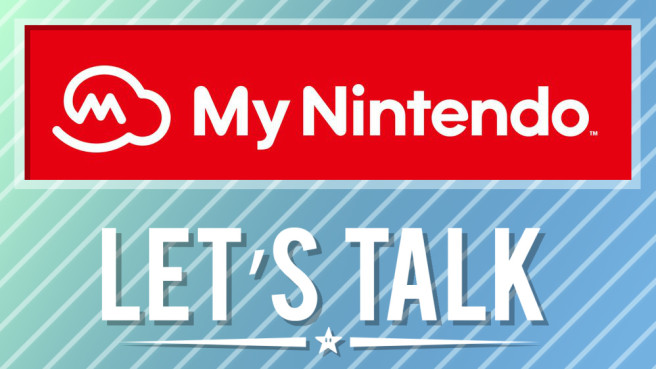 Nintendo launched two important things outside of Japan this week: Miitomo and My Nintendo. For the uninitiated, Miitomo is Nintendo’s very first mobile app while My Nintendo is the company’s brand new rewards service.

Both of these have been out for a few days now. Have you had a chance to try either of them out? If so, what are your thoughts thus far? No matter how you feel, let us know in the comments below!

Highlights from last week’s topic: What do you think of Pokemon GO?

It’s not going to be as cool as we hope, because nothing ever is

However, there’s a potential here. What I’m hoping for is for it to become so popular that it’s culturally expected to be on your phone, the same way Angry Birds once was. And unlike Angry Birds, there’s a social element to GO. We will be able to battle and trade with other players

What’s possible to be created here, due to Pokemon’s own inherent popularity as well as the viral-ity and culture surrounding mobile games, is a Pokemon game with a greater reach than any other Pokemon game before it, that’s the brilliance of GO.

Hopefully everybody will be playing it, and because everybody is playing it and due it’s social features, people will interact with others they might not have interacted with otherwise, forming the largest, most inclusive community surrounding a game ever

I am disappointed in the lack of actual battling and weakening wild Pokes before catching and I’m not thrilled with the mechanic for evolution but I am still going to be downloading this.

Last year I was very excited about this game. But now I see the game mechanics are going to be really different from the main series. Maybe this is in order to appeal a wider range of people, but I think there were better ways of appealing Pokémon Fans and Mobile games enthusiasts. You know, preserving the classic Pokémon mechanics with some exiting extra features. For example, many players just catch a pokemon a train it and its fun. Others prefer to hatch a perfect 6IV Pokémon after tons of intents. Pokemon main series appeal both type of players