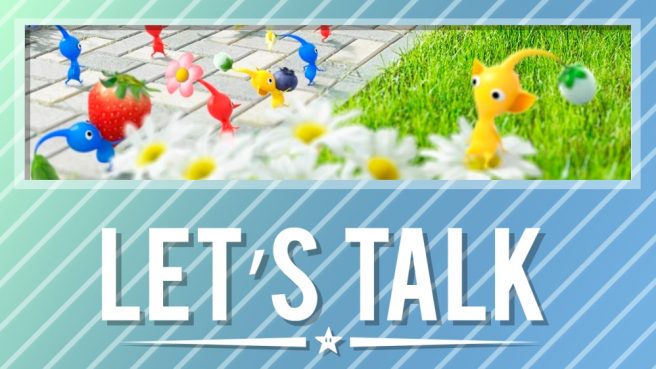 Nintendo decided to drop some fairly big news on a random Monday evening this past week. It was announced that in collaboration with Pokemon GO developer Niantic, a new app is in development featuring Pikmin. Not much is known at present, but Nintendo said that the project will offer “gameplay activities designed to encourage walking and make the activity more enjoyable.” It’s also confirmed for a 2021 release.

Based on Nintendo’s announcement, it sounds like Pikmin could be just the start of future projects with Niantic. The press release mentioned “apps” (meaning more than one) and “Nintendo’s beloved characters”. You can catch up on the full announcement here if you missed it.

Let’s assume that Nintendo and Niantic are indeed collaborating beyond Pikmin. What other franchises from the Big N would you like to see Niantic tackle? Let us know in the comments below.

Super Mario 64.
I had been playing, loving, and working to master all the 2D Mario games since the 80’s, but when I first started playing Super Mario 64 in a kiosk at my local mom and pop videogame store in ’96, my jaw dropped. It was like nothing I had ever seen before, and scratched an itch I didn’t even know I had. I took it home and just played and played and played. I didn’t even care about collecting all 120 stars, I just wanted to explore that world that seemed to come straight out of my dreams. The years of the 5th gen consoles were my happiest years of gaming — and those early 3D platformers were one big reason why (out of many reasons!!). Jumping Flash, Spyro and Ape Escape on PS1; Super Mario 64 and the Rare games on N64… plus many other more modest games that were still really fun. My all-time favorite console Saturn never had much in the 3D platformer category … but Dreamcast launch year made up for it with Sonic Adventure and Rayman 2. Beautiful memories … and I still play alll of those games on a regular basis!!

2D games:
1.- Super Mario World. Nothing can top it for me. It may be nostalgia or whatever, but still my favorite.
2.- New Super Mario Bros. U.

3D games
1.- Super Mario Sunshine. I didn’t have all those problems everyone seems to have with the game. The camera never really bothered me, and yes, I’m including that Pina Park level. Same goes for the Pachinko level. Sure, I didn’t clear the level on the first try (almost…), but it wasn’t insufferable.
2.- Super Mario Galaxy 2. Liked this one better than the first one.
Have not played Odyssey yet.

Spin-offs
1.- The Mario Kart saga is my favorite. Not a single doubt. Although I’m not sure if I love Double Dash or 8 the most.
2.- Mario Super Sluggers. I don’t like baseball and I don’t even know the whole rules, but dear god this game was so much fun. One of my most played games on the Wii.

I tried to enjoy Paper Mario 64 twice, but I simply couldn’t. It felt like a chore and ended up just moving away from it and so never played the GC one. I did like Super Paper Mario tho.