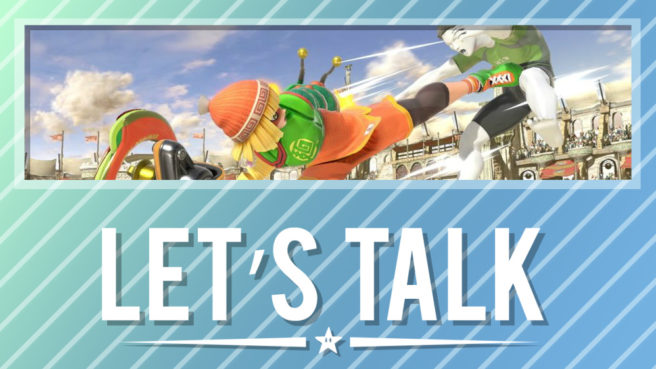 Sakurai went over Min Min’s moveset in-depth and also showcased the new Spring Stadium stage. Other than that, we also got a first look at the Joker and Hero amiibo. Oh, and Vault Boy is joining the game as a new Mii Fighter costume. Who could have predicted that?

Now that the broadcast has ended, how are you feeling about Min Min’s inclusion in Smash Bros. Ultimate? Were you happy with the choice, or did you want to see a different ARMS character make the cut? Are you planning on picking up the Vault Boy Mii Fighter outfit? Let us know in the comments below.

My daughter is four, and is in exactly the age demographic that Pokemon Smile is built for. So yeah, it’ll likely be her first Pokemon game, because she just doesn’t care about brushing well.

Pokemon Snap is a pleasant surprise. I rented the first in the 90s, once, and liked it. I anticipate doing the same for this one. If it has Labo VR support, far more than once.

I have no plans to get the DLC, so no issues there. Glad that they’re improving on the Wild Area mechanics and designs, but it’s by no means enough to bring me back.

Don’t much care about the mobile game. Eh.

Altogether, not bad, not great. Though, as I said earlier to Princess Eevee, the fact that they’re calling these “Presents” rather than “Directs” seems to be one more small step counter-Nintendo, and one more sign that they’re itching to be completely independent. I just wonder how long it’ll be until we see more overt, loud action.

I want to say New Pokemon Snap was a highlight for me, but honestly I’ve been getting a lot of use out of Pokemon Smile. It’s another one of those didn’t know you needed it until you had it things. So far, I caught a Pidgey, a Vulpix and a Jigglypuff. I also got this funny Geodude hat that makes arms pop out of my head. And sleeping Eevee is best Eevee.