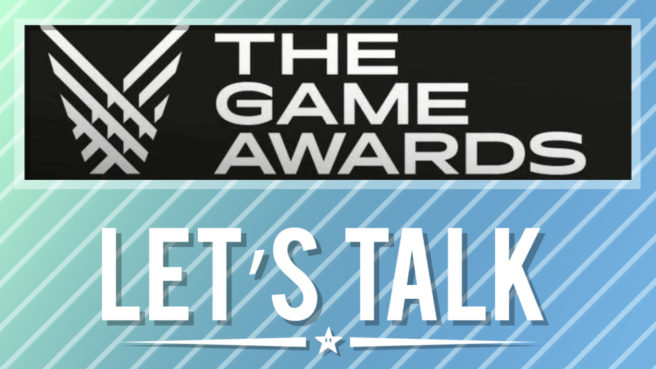 Nintendo has been known to have a heavy presence at The Game Awards. Whether it was showing some of the first Zelda: Breath of the Wild gameplay, announcing Bayonetta 3, or revealing a new Smash Bros. character, the company usually has one – if not more – big things to show.

Last year was arguably the biggest year for Nintendo fans at The Game Awards. Nintendo itself dropped the news about Joker coming to Smash Bros. Ultimate as the first DLC character, and also unveiled Marvel Ultimate Alliance 3 – something nobody saw coming. On top of that, we even got some pretty big third-party announcements thanks to the likes of Mortal Kombat 11, Crash Team Racing Nitro-Fueled, and Sayonara Wild Hearts.

Now that The Game Awards 2019 is only a month away, we want to know what you’re hoping will be shown this year. What are you looking for Nintendo to debut? Let us know in the comments below.

Highlights from last week’s topic: What are you playing? – November 2019

Currently I’m doing a second run on Three Houses (this time, with the Golden Deer). I did Black Eagles the first time, and eventually, I’d like to see all of the paths. But by Ch. 10, it still feels odd not to be hanging with that crew. Yeah, I know I could just recruit them back, but I’m also intentionally trying not to recruit students from other Houses so each run feels more unique.

I also finally started playing Hollow Knight pretty recently. Unfortunately, I’m finding myself a little bored with it. Technically speaking, the game looks beautiful, and has great atmosphere, and I dig the world and characters… but there’s something about the gameplay that’s just not grabbing me. And it’s bugging me because I just can’t put my finger on why. I’m usually all about Metroidvanias, but something just feels off with this one. It’s kind of a bummer, really.

Apart from that, I’m really just waiting for Pokemon Shield to come out at this point. Just have to get through another week and a half of spoiler/leak dodging. ^^;

Luigi’s Mansion 3 and Dragon Quest XI.
Still got Zelda Link’s Awakening, Astral Chain and The Witcher 3 on my waiting list. And Pokemon will jump in front of the line.

Playing Doraemon Story of Seasons, a very tranquil game
pity hardly anyone gave it a chance but rather listen to a certain group of clowns that hired some tool that hates beat’em ups to review Double Dragon Neon and complain about “too much water” in Pokemon ORAS [you know the clowns i’m referring to]

I know people are waiting for the Friends of Mineral Town remake but please give this game a chance
I’m tired of seeing good titles get thrown under the bus, don’t you?